Home Events Webinars Primary Care Naturopathic Doctors – What Do They Do? 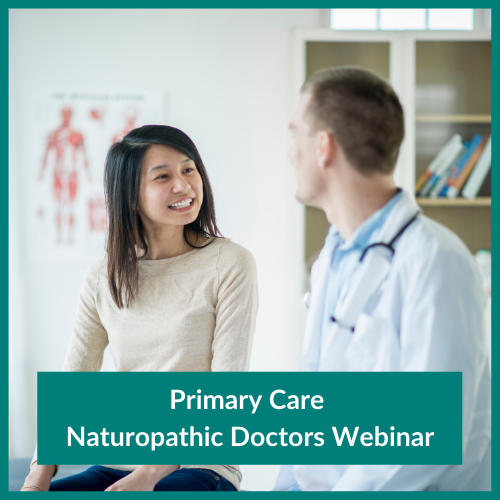 Growing up in Upstate New York, Dr. Trainor was first introduced to concepts of naturopathic medicine by his Irish granny, who taught him simple, natural ways to address just about every common ailment. He went on to become a Division 1 athlete, and was recruited to attend the United States Military Academy at West Point, where he majored in kinesiology, became a 3x USA Triathlon All-American, and won the 2012 USAT Collegiate Half-Ironman National Championship. While serving as an Army officer, Dr. Trainor faced multiple health challenges, which led him to search for approaches beyond conventional medicine. Dr. Trainor is a 2020 graduate of Bastyr University – California. In his final year of school, Dr. Trainor served as the Naturopathic Medical Student Association (NMSA) President. He was also named as a NMSA Public Policy Fellow, and through this work, helped to lead the AANP’s Task Force for Veterans Affairs. Additionally, he has volunteered as a Whole Health Facilitator for veterans at the San Diego VA hospital.