There are so many words at the grocery store. You are not alone if you get confused by the difference between ‘organic’ or ‘natural’ or any other number of descriptions, and how to decipher what exactly is in your food. As more consumers become aware of making healthier food choices, they can become overwhelmed by all of the buzzwords found on food labels. Is “organic” really any better than “natural,” or is gluten-free really as important as we are led to believe? As food prices continue to rise and income levels have stagnated for many, it is understandable for people to be in search of the most cost-effective way to eat healthfully. When something labeled “natural” is considerably less expensive than its “organic” counterpart, it stands to reason that many will choose the former in an attempt to save money at the checkout counter. Or how about those corn chips that are emblazoned with “gluten-free” on the front of the bag. Does that mean they are a healthier choice than a box of wheat-based crackers? 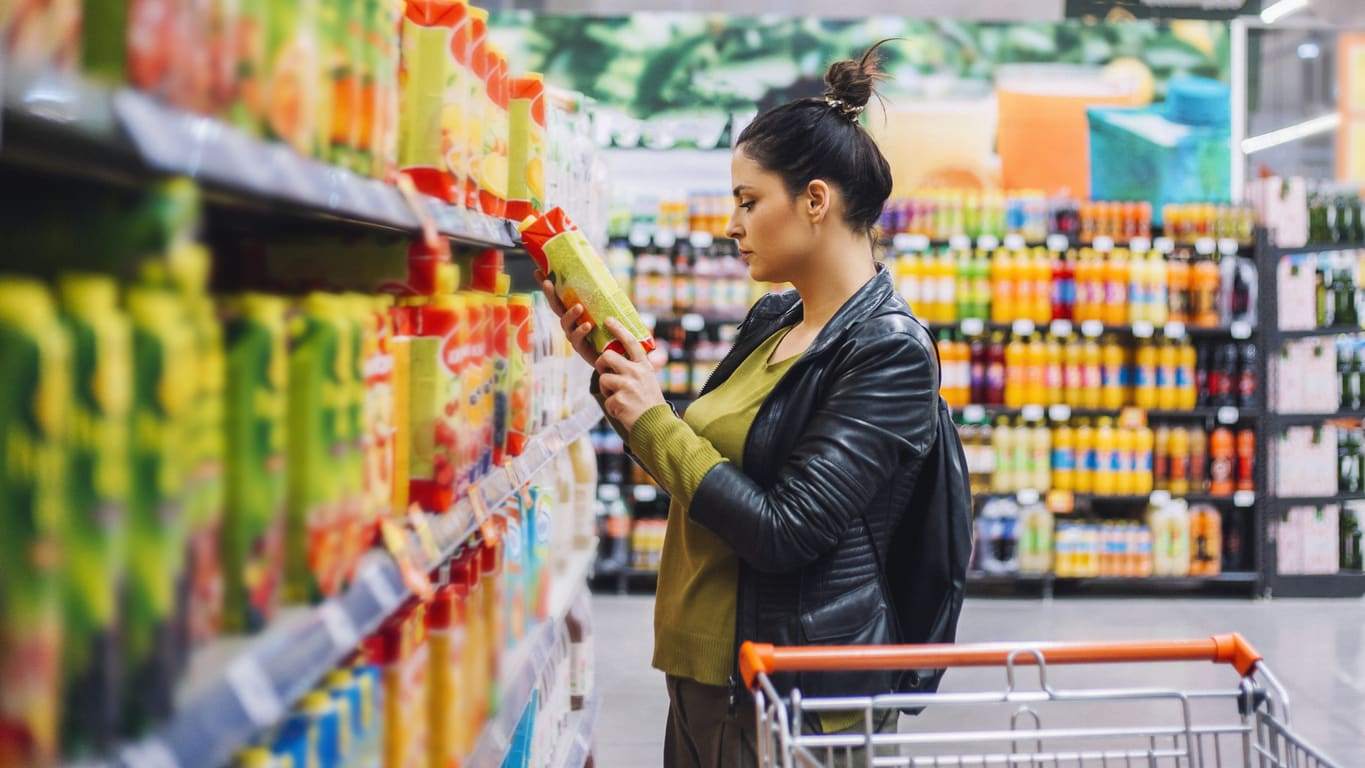 Let’s take a minute to pick our way through the potential landmine of food-related buzzwords so you can determine the best choices for you and your family.

It seems as though everything from packages of chicken to cans of soup bear the word “natural” on the label, but what does that actually mean? Well, from a legal standpoint, absolutely nothing. Any food manufacturer can use this term for any product, however, according to the United States Department of Agriculture (USDA), “natural” is understood to mean:

“A product containing no artificial ingredient or added color and is only minimally processed. Minimal processing means that the product was processed in a manner that does not fundamentally alter the product. The label must include a statement explaining the meaning of the term natural, such as “no artificial ingredients” or “minimally processed.”1 It should also be noted that this definition is not enforced by any government agency and is up to the interpretation of the food manufacturers themselves.

Given that this term is inherently vague and that “minimally processed” or “no artificial ingredients” can mean many things (for example, chicken that is injected with a saline solution to make it appear plumper can still be labeled as natural), “natural” does not afford significant value when selecting healthy foods.

As opposed to “natural,” the term “organic” actually does have a legal and enforceable definition. USDA certified organic foods must be grown and processed according to “federal guidelines regarding soil quality, animal raising practices, as well as pest and weed control.” Organic producers must utilize natural substances and manual or mechanical means of farming. In addition, fruits and vegetables can only be called “organic” if the soil in which they are grown has been free of any prohibited fertilizers and/or pesticides for at least three years before harvesting, organic meat must not be given antibiotics or hormones, and must have a 100% organic diet, as well as be raised living in conditions consistent with their natural behavior.

Packaged foods or foods with more than one ingredient may be labeled as “organic” if at least 95% of the ingredients are organic. Common non-organic additives include thickening agents, yeast, vitamins and minerals, and leavening agents. Products that are at least 70% organic may be labeled “made with organic ingredients.”  Genetically modified organisms are not allowed to be labeled organic. 2 (see below)

It is intuitive to many that organically grown/raised foods are better for us than the conventionally produced counterparts. In fact, studies do show that organic foods contain higher nutritional content, especially regarding antioxidants, iron, zinc, and vitamin C levels.3 In addition, organically raised cows produce milk that is higher in heart-healthy omega-3 fatty acids, as does organically raised meat, which also contains lower levels of saturated fat. 4, 5 Organically grown produce has also been shown to possess lower toxicity from pesticides, heavy metals, and other harmful chemicals.6 Additionally, an organic diet significantly reduces children’s exposure to pesticides, and may even reduce the risk of developing certain cancers.7, 8

A genetically modified organism (GMO) is a plant, animal, or microorganism whose genetic code has been changed in an artificial environment in order to achieve some characteristic or effect that organism does not possess in nature. Typically, this involves inserting the DNA of an unrelated organism into the genome of the target organism. This is different than traditional crossbreeding practices, which is not considered genetic modification. Typically, organisms (commercially, it is usually agricultural crops) are genetically modified in order to make them resistant to pesticides, lengthen shelf life, increase yield, alter nutritional profile, and/or improve the taste or appearance of the food. 9,10, 11

Proponents of GMO farming cite the examples above to support their cause, however many concerns surrounding the practices of GMO farming are prevalent among those who favor more traditional and natural farming methods. Examples include, the potential for creation of “super weeds” and “super bugs,” killing off pollinators such as butterflies and bees, reduction of biodiversity and depletion of the soil, and it puts too much money and power in the hands of huge corporations and away from smaller family farms. 12

Agricultural crops that are most likely to be genetically modified if not specifically labeled as non-GMO or organic include cotton, corn, soy, sugar beets, canola oil, papaya, alfalfa, summer squash/zucchini, and potatoes. In addition, animal products not labeled as non-GMO or organic should be assumed to contain GMOs due to the feed they are given in their diets (usually in the form of alfalfa, soy and/or corn). 13 It should be noted that GMO wheat is not currently produced for commercial use due to a mass outcry of farmers refusing to accept it for fear of losing exports to Europe (where all GMOs are banned). 14

While the government does not go out of its way to enforce no-GMO production of foods, and many states have actively prevented the labeling of GMO foods, a private organization called the “Non-GMO Project” exists to help consumers identify products that are non-GMO.  Look for the label on your grocery items to be assured that they have been independently verified as a true non-GMO. 15

While many natural health advocates have concerns regarding the safety of consuming GMO foods, no conclusive data is currently available to support any ill effects from eating them. It should be noted, however, than many safety studies have been performed by the industry, and more objective research is needed to assess the impact of consuming a diet high in these products.

One of the biggest health crazes to currently sweep the world is “going gluten-free.” Its proponents tout the amazing health benefits of avoiding this pesky protein.  But what is gluten, and why should we care about it? Simply put, gluten is a protein found in wheat (and its relatives, including spelt, farro, semolina, and durum), rye, barley, malt, and oats. While oats technically do not contain gluten, they are usually processed in plants along with gluten containing grains, and may be cross-contaminated. 16  The word “gluten” comes from the Latin that means “glue,” describing its unique elastic property, which gives breads and pasta their characteristic pleasant, chewy texture. 17 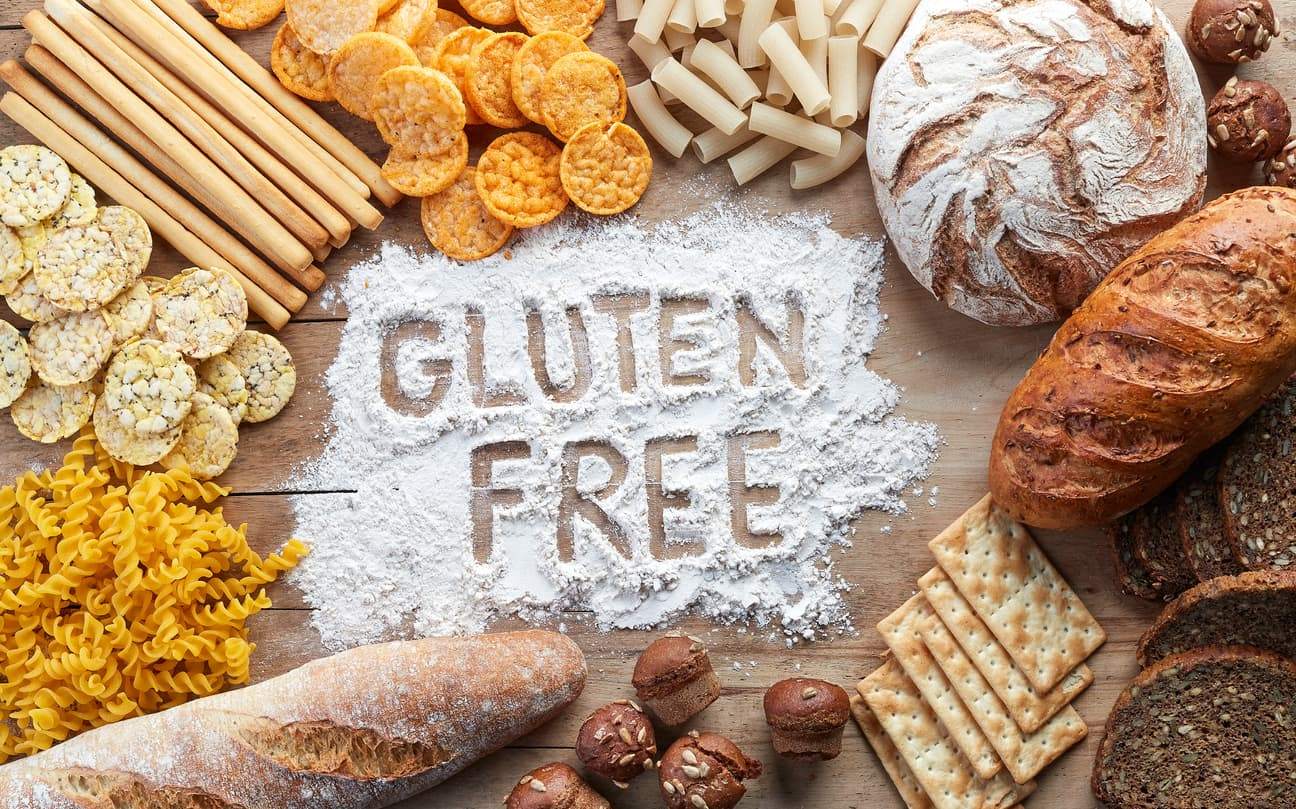 The primary problem with gluten is for those suffering from celiac disease, which is a genetic, autoimmune condition that creates an extreme inflammatory reaction in the small intestine of those who suffer from it. Symptoms include diarrhea, gas, bloating, malabsorption of nutrients, and abdominal pain, which resolve with the complete avoidance of gluten. Non-GI symptoms can also occur and may present as skin disorders or bone disease. 18

Only about 1% of the adult population carries a diagnosis of celiac disease, so how important is it for those without celiac disease to avoid gluten? 19  It appears to be a matter of individual response. Gluten does appear to create digestive problems in a broader population based on how it can react with the lining of the intestines.

A naturally occurring protein in the digestive tract called zonulin, is responsible for controlling connections between the cells of our intestinal lining, referred to as “tight junctions.” These tight junctions are critical for keeping the gut lining impenetrable to large food particles from passing through the small intestine and into the blood stream. 20 Gliadin, which is a component of gluten has been shown to increase the activity of zonulin, which impairs the integrity of these tight junctions, causing intestinal permeability, or “leaky gut.” 21  In the case of leaky gut, these seals between the cells are compromised, and larger proteins can escape into the blood stream and trigger a host of immune problems, such as inflammatory bowel disease, asthma, rheumatoid arthritis and food sensitives. 22  In addition, gluten on its own is a common food intolerance and can cause more general problems in the absence of true celiac disease or the conditions listed above, which can include digestive complaints, body aches, brain fog, weight gain, and skin conditions.

All of this being said, many people report eating gluten with no problems whatsoever, so whether or not one should avoid gluten all together is one of personal preference and individual sensitivity.  If you suspect you are reactive to gluten or any other food, or want to have personalized guidance on the best food choices for you, schedule an appointment with a naturopathic physician for a full assessment. Click here to find a patient-centered ND near you in the US and Canada.