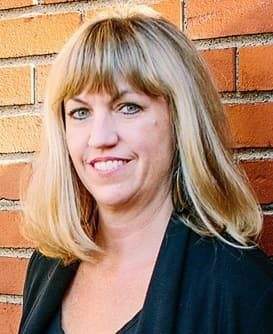 Dr. Heidi Weinhold graduated from Sonoran University of Health Sciences in Arizona and chose to return to her home state of Pennsylvania to care for her father who had been recently diagnosed with Alzheimer’s Disease. Moving back to Pennsylvania at the time meant practicing naturopathic medicine in a pre-licensed state. “When I returned home, I was frustrated that my doctorate was not recognized in Pennsylvania.”

Dr. Weinhold turned her frustration into positive energy by channeling it to advocacy and licensing NDs in Pennsylvania.

Many naturopathic doctors find a high demand for ND care in pre-licensed states and build successful careers by focusing on networking within their community. It’s also important to create a solid plan and get involved in state licensing efforts, which is precisely what she did.

The Journey to Licensure

Dr. Weinhold saw the need for licensure in her state and was motivated to take action by becoming involved in local politics. “I entered the political game very green and naïve. It isn’t always about what is right. It is a crazy game and playing the game has taught me a lot about life,” she says.

Much to Dr. Weinhold’s persistence and determination and the many other active NDs and supporters, Pennsylvania legislature passed a licensure bill that was signed into law on November 3rd, 2016.  The legislation protects the public by ensuring that naturopathic doctors meet educational and professional standards. It prevents those without formal credentials from advertising themselves as naturopathic doctors. Learn more about licensure here.

Today, Dr. Weinhold and naturopathic doctors across the state of Pennsylvania may reap the rewards of licensure. “After 8 years of higher education it is incredibly satisfying to be in my home state of Pennsylvania, and have my doctorate recognized,” says Dr. Weinhold. “Registration lends credibility to the profession, and now in just a short time my practice is so much busier than it was, and now I am getting more referrals from other medical doctors,” she adds. At her thriving practice she sees a variety of patients, dealing with everything from menopause and men’s health to cancer and neurological conditions. “I have high hopes for the future,” she says. “I have every confidence that we will be able to provide true integrative healthcare.”

The Sonoran University of Health Sciences presented Dr. Weinhold with an Honorary Doctorate of Humane Letters in recognition of her work in the advancement of legislation to license naturopathic doctors in Pennsylvania.

While Dr. Weinhold’s experience is unique to Pennsylvania, she has some advice to offer NDs in other pre-licensed states. “Be proactive,” she says,” It’s crucial to build a strong network and make plans for your practice. With those two keys, NDs can find great success in pre-licensed states, while also working toward future licensure.”