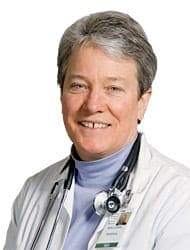 Jane Guiltinan, ND, earned her bachelor of science degree in medical technology/allied medicine from Ohio State University and her doctor of naturopathic medicine degree from Bastyr University, where she also completed a two-year residency at the Bastyr Center for Natural Health. Dr. Guiltinan has been a faculty member at Bastyr University since 1984 and has held the positions of clinical professor, dean of clinical affairs and clinical medical director. In September 2009, she became thedean of the School of Naturopathic Medicine at Bastyr. Dr. Guiltinan is a trustee at Harborview Medical Center, being the first naturopathic physician in the country to be elected to a hospital board. She is also the past president of the American Association of Naturopathic Physicians (AANP), from which she received the Physician of the Year award in 1995, a former board member of the Association of Accredited Naturopathic Medical Colleges (AANMC), an advisory council member of the National Association of Advisors for the Health Professions (NAAHP) and a member of the Washington Association of Naturopathic Physicians. Dr. Guiltinan has a special interest in women’s health and has contributed to numerous publications, among them the International Journal of Naturopathic Medicine and the Annals of Internal Medicine. Dr. Guiltinan emphasizes treating the cause of a problem, supporting the body’s own healing processes and encouraging patients to help create their own wellness, even when confronting serious illness. Dr. Guiltinan utilizes nutrition and plant medicine, plus homeopathy, in her practice and believes that elements such as air, water, food, touch, love and laughter are some of the most powerful healing agents. Read about Seattle Woman Magazine’s feature store on Dr. Guiltinan.