JoAnn Yánez, ND, MPH, CAE is the executive director of the Association of Accredited Naturopathic Medical Colleges (AANMC) and the past chair of the Academic Collaborative for Integrative Health (ACIH). She also serves on the board of the Academy of Integrative Health and Medicine and on the Integrative Health Policy Consortium Education Committee, American Association of Naturopathic Physicians Board of Directors and numerous other professional committees. Dr. Yánez has more recently become involved in diversity equity and inclusion issues and serves on the AANP and NAAHP DEI committees.

Prior to joining the AANMC, Dr. Yánez was head of government relations for the New York Association of Naturopathic Physicians. She increased recognition of the importance of licensure in the state and effectively garnered support of legislators and senior government officials. During her tenure with the NYANP, Dr. Yánez was invited to participate in a think-tank on childhood obesity sponsored by MIT, Harvard and Columbia Universities. During the summer of 2009 she found herself “on The Hill” working with congressional members and elected women to increase awareness of the importance for integrative medicine coverage in the Affordable Care Act.

Dr. Yánez served six years as a Director of the Council on Naturopathic Medical Education – the accrediting body for naturopathic medical programs. She was awarded the 2006 Legacy Award from the Sonoran University of Health Sciences and 2007 NYANP Physician of the Year Award. Dr. Yánez has also been inducted into the Rho Lambda and Omicron Delta Kappa Leadership and Scholarship National Honor Societies and is a member of the Delta Omega Honor Society for graduates of schools of public health.

Dr. Yánez resides in Arizona with her husband and son, and enjoys music, dancing, gardening, and attempting to make people laugh – sometimes. 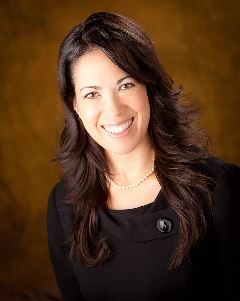