In order to be licensed as a primary care, general practice physician by a state or jurisdiction which requires licensing, one must: 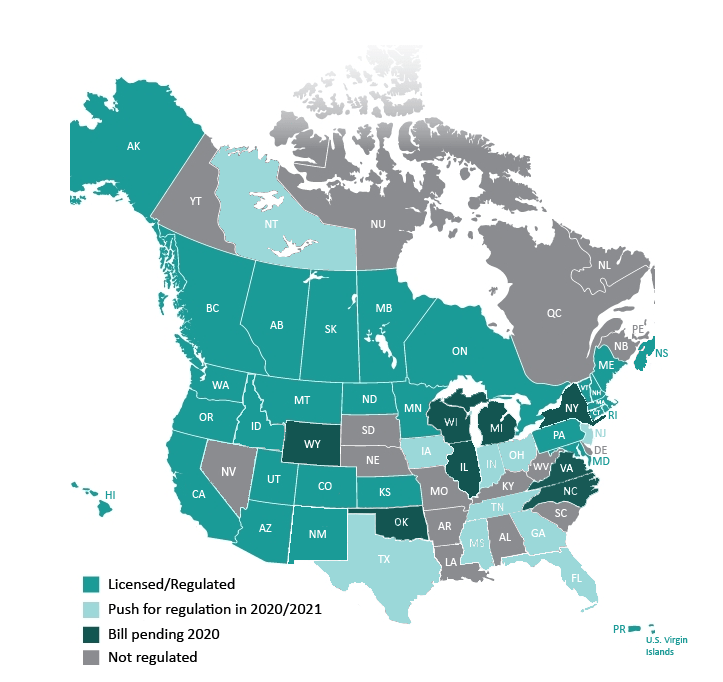 Candidates for full licensure must also satisfy all licensing requirements for the individual state or province in which they hope to practice. Most of the states and provinces that license naturopathic physicians also have health care systems which allow patients to use naturopathic doctors as their primary care physician.

Licensed naturopathic physicians must fulfill state- or province-mandated continuing education requirements annually, and have a specific scope of practice defined by the law in their state or province.

States currently offering licensure or registration to naturopathic physicians include:

For more information on licensure in the United States, please visit the American Association of Naturopathic Physicians website.

Provinces currently offering regulation and registration to naturopathic physicians include:

Scope of practice regulations vary among licensed/regulated states and provinces, as do the parameters and restrictions for practitioners located in as yet unlicensed venues. Legal provisions still allow naturopathic doctors to consult with patients, making recommendations and suggestions based on prior diagnosis, in several of the yet unlicensed states and provinces.

For more information on licensure in Canada, please visit the Canadian Association of Naturopathic Doctors website.