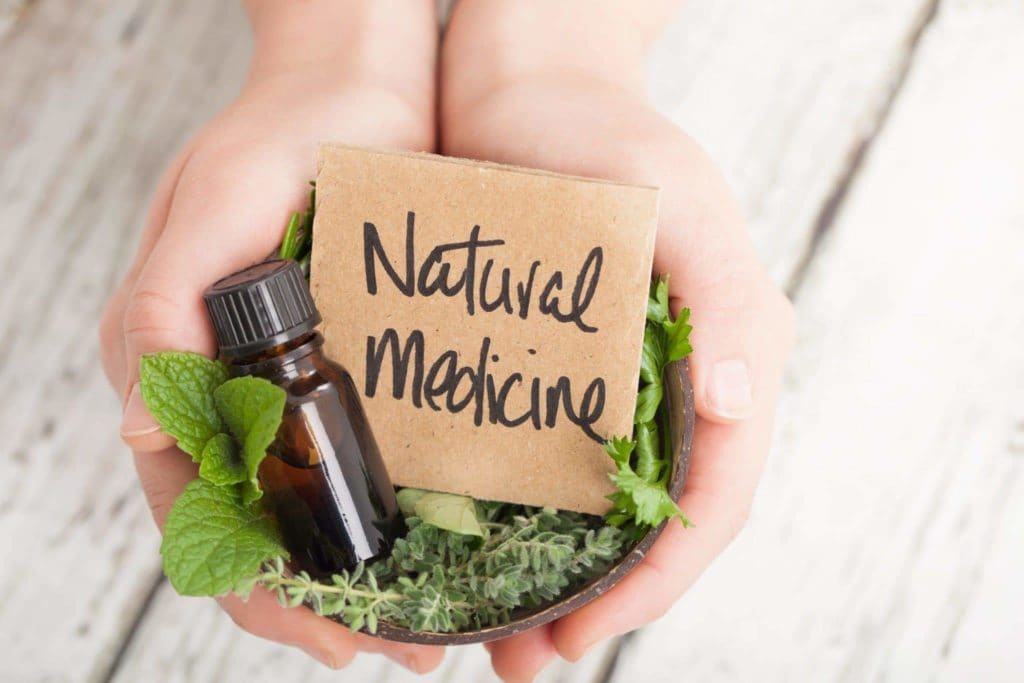 Dr. JoAnn Yanez, Executive Director of the Association of Accredited Naturopathic Medical Colleges (right), joins KCAAs “On the Brink” host, Erin Brinker (left) and Tobin Brinker (middle) to discuss how naturopathic medicine is making waves all around the world.

Erin Brinker: We are “On the Brink,” the morning show on KCAA, AM 1050, FM 106.5, and FM 102.3. I’m so excited to welcome back to the show Dr. JoAnn Yanez. She is the executive director for AANMC, which is the Association of Accredited Naturopathic Medical Colleges. Dr. JoAnn Yanez’s career has spanned advocacy, academia, naturopathic patient care, and public health. She is the past chair of the Academic Collaborative for Integrative Health and is on the advisory board for the National Association of Advisors for Health Professions.

Welcome back to the show!

Dr. JoAnn Yanez: Good morning, folks. How are you both?

Erin Brinker: Doing great, doing great. Loving the rain that we had yesterday. It’s supposed to get warmer this weekend.

Dr. JoAnn Yanez: Well, it’s drizzling by me this morning, too.

Erin Brinker: Every month, you do a newsletter or segment on the AANMC website. They’re often the topics that we talk about here on the show. The topic for this one is naturopathic doctors making waves around the world. The field of naturopathic medicine seems to be exploding. Can you talk about that a little bit?

Dr. JoAnn Yanez: I sure can. Last week, I was in Washington, DC, for our United States Advocacy Day really talking about naturopathic medicine to legislators why it’s important to include naturopathic doctors in programs like Veterans Health Administration and Medicare. While I was there, I actually ran into one of the gentlemen who we interviewed for this piece. Dr. Randy Robinson is amazing. He is a graduate of the school I graduated from a couple of years prior to me. He had come with a background and always an interest in global health prior. When he was practicing as a naturopathic doctor, one day he saw there was a test for the foreign services he said, “Huh, why not? Let me take it.” He took the test. He got in, and now he’s a diplomat. He works with the EPA on environmental protections for China. It’s just incredible. I’ve watched him on Facebook travel the world and go to … Really taking the core message of naturopathic medicine, which is the body’s innate ability to heal itself and the importance of the health of not just ourselves but as a planet. He’s taken that to a whole other level.

It’s really amazing to connect with doctors and see the wonderful work that they’re doing, but really … The heart in it is the naturopathic philosophy that sets the stage for really just wonderful, flexible, and diverse types of jobs that folks do out in the field.

Erin Brinker: It’s interesting that he’s working with China because they’re … Chinese medicine is really kind of an earthy medicine that’s gone back thousands of years.

Dr. JoAnn Yanez: Absolutely. He would travel. Obviously, I can’t speak directly for him, but I know through conversations. He would travel around and see a different type of medicine and because of his naturopathic training, because of really the global component of naturopathic medical education, we understand and respect Chinese medicine. We understand and respect Ayurvedic medicine from India and traditional herbal medicines from Africa and South America. We really tend to have graduates who have this global mind set who recognize that there are many different ways of healing, many different cultural approaches to medicine and respect that. That was one of the things, I think, probably that the government saw value in with his background because they recognized someone who already has an understanding and respect for different cultural perspectives.

Dr. JoAnn Yanez: Ayurvedic medicine is the traditional medicine of India. It is … As in many of the traditional medicines, you find a holistic approach that is very much in line and in tune with nature. There’s a lot of emphasis on the body, on the general predispositions on the body, and how to bring that into balance. With traditional Chinese medicines, with Ayurvedic medicines, and even with naturopathic medicine, while they all have their own distinct aspects, one of the core unifying pieces is the fact that they all believe that the body has the ability to balance itself. If we give it the right tools, then it typically can do that. That leads me to the next doctor featured, who’s Dr. Nasha Winters.

Dr. Winters studied so many different types of things over the course of her 20-year career, and Ayurveda was one of those. She actually went to India for months at a time and would study with traditional Ayurvedic practitioners, learning directly from them, broadening and expanding her knowledge, really, of natural medicine. She currently is an author and oncology consultant. Her book just came out, and not plugging anybody’s books or things of that sort, but just to give you an idea of all the things that folks do. She’s an author. She speaks around the world on naturopathic approaches to cancer care. She’s a cancer survivor herself, and that’s actually why she got into naturopathic medicine. She was told as a young woman that her cancer was really not so treatable, and she said, “Uh-uh. I’m not taking that as an answer, “and went and sought out natural care, got her cancer under control and gone.

Dr. JoAnn Yanez: Years ago. That was before starting naturopathic school. When I think of these folks, they’re so inspiring. Their stories are inspiring, their drive, and their passion. One of the things I actually got to see her get an award over by Johns Hopkins University, and she really sparked the beginning of a clinical trial for mistletoe. Mistletoe is a therapy that had been used in Europe, and it’s controversial in the United States, but she has worked with researchers at Johns Hopkins to get a research grant for mistletoe for cancer therapy. We just had these NDs who are doing incredible things all around the country, all around the world, and I love to talk about it because they inspire me.

Tobin Brinker: Can I jump in here for a second?

Tobin Brinker: One of the concerns, I think, that people have sometimes is that some of this natural medicine, or traditional medicines, appear sometimes to appear kind of not science-based, so when you talk about this study that being done now Johns Hopkins, can you talk about how do you validate the therapies and things that you do? This is a science. It’s just unnatural…

Tobin Brinker: No, I know. I’m saying I think there’s a confusion in the general population. I would like for Dr. Yanez to sort of clarify that for us about the science of what they do.

Dr. JoAnn Yanez: Absolutely! I don’t take any offense to any of this. Naturopathic medical education is based on rigorous medical education and for at least the first two years, very similar education to conventional medical school. Naturopathic doctors study anatomy, physiology, biochemistry, conventional pharmacology, biochemical pathways, pathology, all the “ologies” really to give a foundation in the human and biological sciences. From there, the naturopathic therapies would then be taught in addition to conventional diagnosis and treatments, but yes, Tobin, the therapies that are taught at naturopathic medical colleges  – evidence-based is always emphasized. In certain topics, where the evidence is developing, that would be mentioned to the students in saying, “This is a level of evidence that is not yet at the level that we target to be. We’re working on it.” The AANMC is now leading a clinical outcomes trial with our naturopathic medical college clinics and working on developing evidence in a number of areas.

We recognize that is a concern for the public, and we are working very hard to grow the evidence base. For many therapies, like Erin you mentioned traditional Chinese medicine, thousands and thousands and thousands of studies out there that already exist validating different approaches of traditional Chinese medicine from herbal therapies, acupuncture, the injunction therapies that are used in Chinese medicine. There is literature out there already supporting a lot of this work. I think, Tobin, that maybe this perception with the public is, “Oh, there’s no science here,” actually there really is. I think that there are misperceptions, but there are also areas where in conventional medicine you never stop doing research. Research always continues. We are committed to continuing evidence-based just as any other science-based medical practice would be doing.

Tobin Brinker: I appreciate that an answer. That’s exactly what I wanted to hear because, like I said, I think there’s a lot of misconceptions, so thank you.

Erin Brinker: For people who are looking for a career in naturopathic medicine or just a foundation to be able to other things, maybe they want to do advocacy or work for an elected official, how do people get more information about the accredited naturopathic colleges in this country?

Dr. JoAnn Yanez: Well they can come to our website. Our website is kind of a one-stop-shop for information. We have information on the schools, the profession, career options, how to apply, all of that is on our website. We also host the Residency Match, which we did a little over a week ago. AANMC is really your one-stop-shop about everything you really need to know about naturopathic medical education.

Erin Brinker: Well, Dr. Yanez, as always, it was a treat to have you on. Thank you so much for joining us today, and we look forward to talking with you next month.

Dr. JoAnn Yanez: Awesome! Thank you, folks. I appreciate your time and having me on this morning.

Erin Brinker: Thank you, and have a great day.

Dr. JoAnn Yanez: You too.

Erin Brinker: And we are “On the Brink,” the morning show, and we’ll be right back.

Flexibility of a Naturopathic Doctor Degree

Naturopathic Approaches to Women’s Health and a Tricky Case of Endometriosis
Comments are closed.