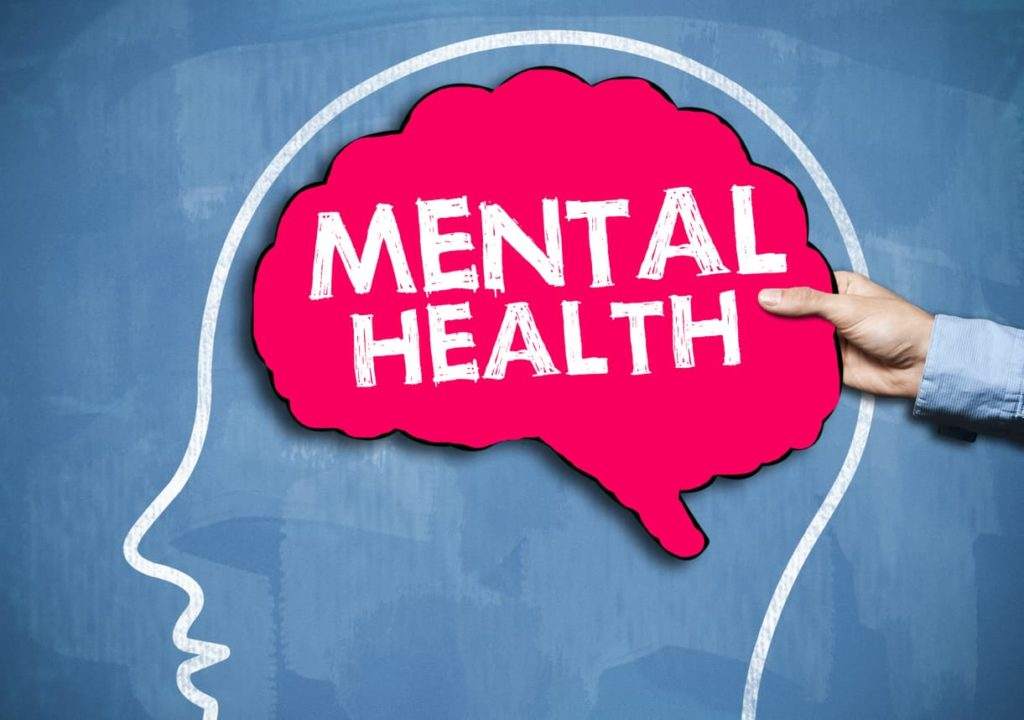 Erin Brinker: … and we are “On the Brink,” the morning show on KCAA-AM 1050, FM 106.5 and FM 102.3. And so pleased to welcome back to the show Dr. JoAnn Yanez. She is the Executive Director for the Association of Accredited Naturopathic Medical Colleges. She is also weaving a passion for illness prevention into her professional life. Dr. Yanez’s career has spanned advocacy, academia, patient care, and public health. As AANMC Executive Director, Dr. Yanez oversees research, advocacy, and the joint academic endeavors of the Accredited Colleges of Naturopathic Medicine. Additionally, she has spread awareness of naturopathic medicine as a viable and satisfying career path. Dr. Yanez, welcome back to the show. 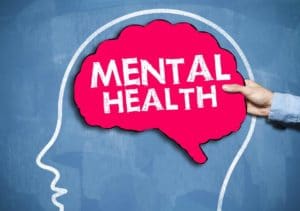 Erin Brinker: The biggest issue in the news right now, and we’ve seen this spate of suicides, is mental health.

Dr. JoAnn Yanez: Yes. I think the recent suicides in the last week, the spate of school shootings that have been ravaging our news cycle over the last number of years now is really raising awareness I think for all of us on the importance of taking care of mental health and recognizing the warning signs.

Erin Brinker: I have to say that Tobin and I were talking about this. The Kate Spade suicide hit him hard, and the Anthony Bourdain suicide hit me hard because with Anthony Bourdain, he had such an authentic, likable manner. You really felt like you were in, at whatever restaurant in whatever country, sitting with him and his friends eating pho or eating whatever like you knew him. Of course, we don’t know him but that’s what it felt like.

Dr. JoAnn Yanez: It’s so interesting. I was literally talking with my aunt about a week before he passed. She lives there in Greenfield, Massachusetts and he actually used to visit their drug treatment center in that town. And every time he came in and spoke with the residents, it was always kind of a big splash in the news. And she was literally just talking about him and his work, and his own recovery process of going and touching folks who were in their own process.

I think mental health and drug addiction are not spoken of enough. It’s not treated with the respect that it garners in the medical system. For years, think of just how many insurance plans minimally or don’t really cover mental health services, or you have to go and get lots of referrals. I think we don’t make it necessarily easy for people to get mental health coverage, mental health services. And then when they do, imagine if you cut your arm or you break your arm or something happens and you say, “Hey, I need a few days off to recover from my broken arm,” your boss would likely say, “Sure, take the time you need. Get the rehab. Do what you need.” But if somebody on the flip side of that says, “Hey, I’m having a rough day. I need a mental health day or two. I’m going to take some time off,” workplaces don’t always look as kindly upon that.

Erin Brinker: No. You’re seen as lazy and ineffective.

Dr. JoAnn Yanez: Yes. I think that we really do need to take a look at all of the stigma associated with mental health and how we view that. Last time I checked, the head’s connected to the body, and what goes on either neurochemically, hormonally within our system that makes us have emotions and feelings and sensitivities that need attention shouldn’t be overlooked just because we can’t physically see the broken bone.

Erin Brinker: You know, it’s interesting. If you’re under a doctor’s care for a chronic illness, say you have MS, you’re not told that we have a finite number of sessions. I can see you seven times for this, and then after that you’re going to have to pay for it. But in mental health, you are.

Dr. JoAnn Yanez: And again, I think it really just speaks to the stigma and the years of not seeing mental health issues. I’m old enough to remember women being called hysterical and an actual diagnosis of hysteria, so I think that we have a long-time, longstanding history of not viewing mental health as a serious health issue. And funding has taken with that attention, workplace practices, all of that has followed from this basic premise that mental health isn’t really as important as other health issues. And so with naturopathic medicine, we look at a whole person approach. The mind, the body, the spirit is all connected and is all important. And when we’re addressing patients, we are taking into consideration all of those factors that play into the health of a human being.

Dr. JoAnn Yanez: It absolutely can. There are naturopathic doctors working in addiction medicine, there are naturopathic doctors working with eating disorders and psychological illnesses both in in-patient and out-patient settings. One of my classmates years ago from med school was actually an ND, that he works on the suicide crisis line, and he worked with folks who would call that crisis line in crisis, and he’d be part of the team that went out. So, I think that there are NDs that focus on mental health and psych disorders, and anything from anxiety and depression and sleep disorders to more serious, more life-threatening neurochemical issues. So yes, there are. Seek them out, and we’re here to help.

Erin Brinker: People have been speculating, and not being a scientist myself I’m not sure how much weight there is, but it sounds reasonable that one of these things that the school shooters, most of them I think, have in common is that they’re on psychiatric medication. And so people are now saying, well, maybe you shouldn’t take that medication. Well, I don’t know that that’s the right move, either. Do you have an opinion about that?

Dr. JoAnn Yanez: Correlation does not equal causation. I think that there are a number of factors in play, and without knowing any of those people individually or their cases, I can’t really make comments on their medical history or their medication history. But what I can say is that there is definitely a biochemical increase in psychological disease in males, and that 18 to 22-year old range is typically when psychiatric disorders do start to present. And so things like schizophrenia, psychosis, et cetera start to present symptoms in that range where we’re seeing this shooter population. And so it’s not to say that that is the case in any or all of those situations, but what we do know just from the literature and the data is that that is an age range where, if illness is going to start to present, it usually starts to show symptoms around then.

It’s also one of the higher age brackets for suicide in males, and I think that we are definitely seeing an increase in at least talking about suicide now. And so I think that all of this just points us to the direction that we really cannot brush this under the rug. This isn’t the dirty little secret that we don’t want to talk about anymore. I think we all need to be doing our part raising awareness for the importance of taking care of your mental health, for the importance of identifying loved ones and seeing when they’re in trouble, and helping them get help. And I think that we all play a role in helping be kind to folks so that if they are going through a hard time, we can be a support for people going through issues.

Erin Brinker: I think with both Kate Spade and Anthony Bourdain people around them said the day before they were fine, and for whatever reason on the day that they chose to end their lives, that they just finally reached a point where they couldn’t stand it anymore.

Dr. JoAnn Yanez: And I think that the ‘they are fine’ is part of the façade of the pain and the pressure that they probably felt, and certainly to show a brave face to the public. But it just goes to show, you don’t know what’s going on in someone’s head or mind, and that that smile … I think of, what was it that … “Tears of a Clown,” the old Linda Ronstadt song — I’m definitely dating myself now — but the tears of a clown, you see my smile but you don’t see the tears that are behind it. And so I think that we definitely all need to recognize some of those warning signs; is when people detach themselves or if they’re acting differently, check in. Hey, let’s go have a cup of coffee or tea, or how are you doing. And just that human connection so that we can see behind those fake smiles that people put on because they’re really hurting inside.

Erin Brinker: And I would add that if you’re going through a period of real anxiety and real depression, it’s very difficult to reach out, so the people around the sufferer really need to be proactive. Depression’s a liar. Depression will tell you that you’re worthless, that you’re stupid, that your friends don’t really like you, that you’re ugly and that you’re whatever negative thing pushes your buttons. And so it’s difficult for people who are going through that to reach out. It has to be the people around them who recognize that something’s off.

Dr. JoAnn Yanez: Well that, and also professional help. And I think the point that we spoke of earlier with lack of courage, but I think that if you need professional help, there isn’t a substitution for professionals who are trained in that and who know the warning signs, and who can get you either the appropriate medical treatment or in-patient treatment, or whatever it is that you need to help get you through that period.

Erin Brinker: Dr. Yanez, we are out of time. This has been really enlightening. How do people find you, follow you, and learn more about naturopathic medicine?

Dr. JoAnn Yanez: A-A-N-M-C.org. We also have a piece that we just wrote on how to help manage your mental health in some natural and healthy ways like laughter, nutrition, and exercise. So please check us out online, aanmc.org, as well as the events that we host every month.

Erin Brinker: Thank you so much. It’s always a treat to talk to you, and I look forward to speaking with you next week, or next month rather.

Erin Brinker: … and we are “On the Brink,” the morning show on KCAA. We’ll be right back.

Do You Know the Difference Between Organic and Natural?
Comments are closed.