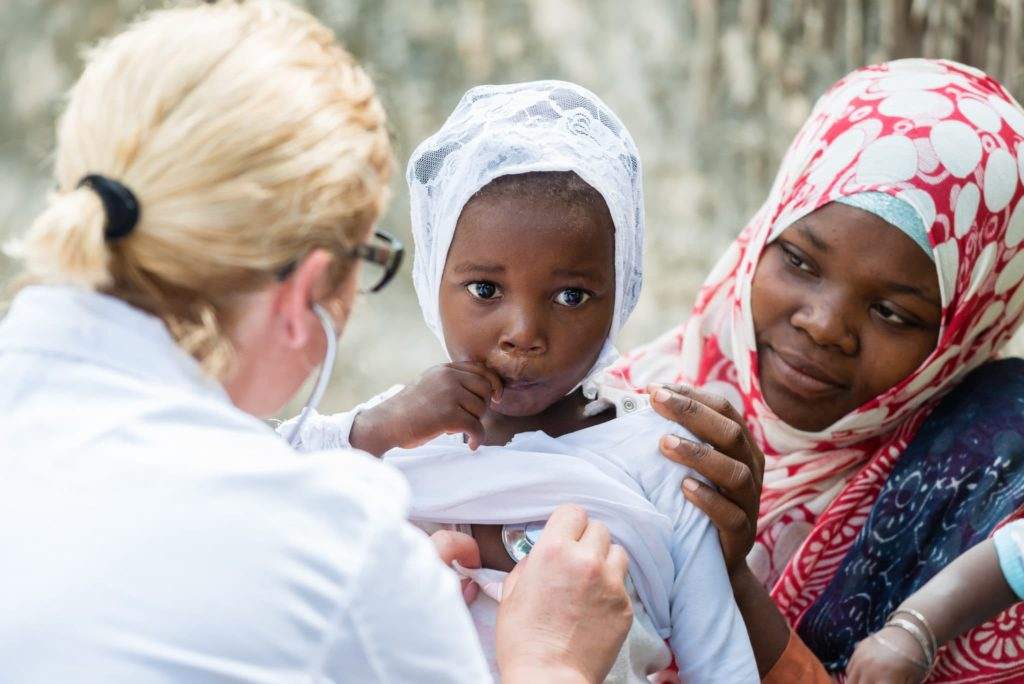 So excited to welcome back to the show Dr. JoAnn Yanez. She is the executive director for the Association of Accredited Naturopathic Medical Colleges and the past chair of the Academic Collaborative for Integrative Health. She also serves on the Integrative Health Policy Consortium Education Committee. Weaving a passion for illness prevention into her professional life, Dr. Yanez’s career has spanned advocacy, academia, patient care, and public health. And she joins us once a month to talk about naturopathic medicine and public health.

Dr. Yanez, welcome back to the show.

Dr. Yanez: Hi, good morning folks. How are you both?

Erin Brinker: Doing wonderful. So let’s talk global health, especially … You know – People move around from country to country so much, and the things that used to be that you’d only see in one area of the world now you’re seeing in other areas of the world as people migrate and move around. So public health really goes beyond the borders of your own community and it’s a global thing now.

Dr. Yanez: It really is. It’s something, Erin, that’s actually … It’s way on my mind. I just got back this weekend from Cuba and visiting family there, and we are such a global community now. And what used to be isolated to one area is often with travel, and the ease of airplanes and travel and such, and our multicultural community that we live in here … There is such a fluidity in what is considered medicine now. We’re also seeing, just from the naturopathic perspective, much more interest from our prospective students in wanting to be able to bring what they have abroad, and to be able to travel and provide medicine to other communities too. I think for us … I had come from a multi-ethnic background with a history in grandma’s giving teas and weird herbs showing up in things, and I think it brings more of a global perspective to healthcare, to healing. I’m thinking … Monday was just … You know? I’m old enough to remember Columbus Day, but now many places are embracing Indigenous People’s Day and recognizing the folks that were here before.

In preparation for my trip to Cuba with my son, I read him a book about Cuba and about the indigenous tribes that were there before colonization. And it’s so fascinating to see, notwithstanding the genocides and the atrocities that occurred, but the traditions that were very strong to use nature, to use the plants that were natural and endemic to those areas as medicine. And so naturopathic medicine very much embraces that, and tomorrow we have a webinar with the executive director of Naturopaths Without Borders.

Dr. Yanez: And Dr. Sean Hesler … he’s the executive director … with his wife, Dr. Sarah Preston Hesler. They have done so much work abroad in bringing natural medicine back to the communities that very much originally embraced them, and promoting public health, promoting positive communities, and healing within those communities. And there are other opportunities for  NDs, Natural Doctors International that operates in Nicaragua … There are many communities that are embracing natural medicine. I’m not sure if you know this, but we also have a World Naturopathic Federation that represents 33 countries, and varying different types of naturopathic practice in each of those countries.

Erin Brinker: Wow! No, I didn’t know that.

Dr. Yanez: And it’s really interesting, while I was in Cuba last week, I met a doctor from Germany, and I was speaking to him and I said, “Oh, I’m part of the World Naturopathic Federation and one of our members are the Heilpratikers in Germany.” He’s like, “Oh, you know about that?” I said, “Yes.” Yes. Because there is a worldwide practice of recognizing that what’s around you can heal you. And so it is … Yes you’re right, Erin: there is this global perspective of diseases. And Dr. Hesler tomorrow is going to talk about some tropical diseases, and things of that sort. And I can tell you I was very afraid of dengue while I was in Cuba.

Dr. Yanez: Despite the chemicals and the sprays, was constantly dousing my son, myself, and my husband, with anything I could get my hands on to keep the bugs away for fear of getting some sort of a mosquito-borne illness.

But I will say though that there are so many things that NDs bring to the table when we’re thinking about maybe some of these tropical diseases, or folks travel abroad, they go to other places. And what do you do if you get sick abroad? How do you take care of yourself? And so there is so much to offer. I’m excited about Dr. Hesler coming to speak tomorrow.

But we’ve also been making huge strides in an advancing naturopathic medicine. We just came off of Naturopathic Medicine Week last week, and AANMC launched a series of new videos. So if you haven’t had a chance, Erin, to check out our website, we’ve got a bunch of videos out there now just talking about naturopathic medicine, and residencies, and the growth that we’re offering for patients, and really the interdisciplinary approach that we have.

Right now, there is the … Winding down in San Diego, the Academy of Integrative Health and Medicine annual conference. Thousands of doctors come. Integrative professionals come from across the country and across the world to this conference. And so, the ACIH, which I’m the chair of, has a table there right now, and the AANMC does as well. And we’re promoting residencies and interprofessional practice. And so I know that you come more from the patient perspective, but patients are increasingly seeing these healthcare teams coming together to provide more of a whole person approach to their care.

Erin Brinker: And I think that’s beautiful. And I actually am now seeing an integrative health, a naturopathic physician. And she’s changed my diet, and we’re going through some changes about trying to get me healthy. And the diet is a little restrictive but I am actually, after just a day, I started it yesterday, I’m feeling better. So it is quite amazing. Food is medicine and it is quite amazing, and I’m excited that this global movement continues to grow. In places like Germany, naturopathic medicine is just normal. You see the naturopathic remedies right next to the pharmaceuticals in their drug stores, and so it’s quite a normal thing. And here it isn’t, but it should be.

Dr. Yanez: And it’s so funny. Because when you go to other countries, and oftentimes we’ll have prospective students who come from either multiethnic backgrounds, or they’ve traveled abroad, or they’ve experienced other cultures, and they see it is normal.

One of my family members is having some health issues. And her water bottle was pink because she was walking around with this her inside of it that was good for her condition, and it was just like that was just commonplace. She just drank this water with the herb in it every day, and that was part of her regular regimen. And so for many customs and cultures, there is a normalization that nutrition can be medicine, food can be medicine, herbs and plants are medicine. And it’s not the weird thing; it’s actually the norm.

Erin Brinker: Exactly. So I’m curious … And I know we’re running short on time. As the climate changes, in addition to people moving I would imagine that some of these tropical diseases are moving their way north, and was there discussion about how to prepare new populations for dealing with this?

Dr. Yanez: Well, so there are two issues actually with that. With the warming of the climate and the change in the climate, there is a migratory nature of that but there’s also a worsening. So think of the mosquito season. Normally mosquitoes will die off at that first frost. But if that first frost is coming later in the year, then their cycle is going to be longer as well. There are a lot of factors. So it isn’t just the geography of going possibly a little bit higher along the equatorial line. It’s also that the season may be longer in and of itself, and more virulent, and … You know? More propagation. The more rain you have, the more standing water you have for mosquitoes. And so there is this whole cycle that we’re seeing, and that’s why the Caribbean was seeing one of the worst dengue seasons they’ve had in a long time this year: because of the extra rain.

Erin Brinker: Wow! Things we have to think about now.

Dr. Yanez: So, Erin, I’m glad that you’re making some changes and I know … You know? Nutrition is one of those hard ones for a lot of people to implement and stay consistent on, so I applaud you for giving it a try.

Erin Brinker: Thank you. Thank you. So tell people how they can find and follow you on social media and your website.

Erin Brinker: Well, Dr. JoAnn Yanez, it’s always a treat to have you on. Thank you so much for joining us today.

Dr. Yanez: You bet. Talk to you soon.

Erin Brinker: Talk to you soon. All right. So with that, it’s time for a break. I’m Erin Brinker.

Erin Brinker: And we are On the Brink, the morning show on KCAA. We’ll be right back.