Fighting Eating Disorders: Why Naturopathic Medicine May Be the Answer

Learn how naturopathic approaches to screening and treating eating disorders can help patients overcome their disorder to lead healthier lives, both emotionally and physically.

30 million Americans will struggle with disordered eating at some point in their lives. Nearly one million Canadians are living with a diagnosed eating disorder, and millions of others struggle with food and weight preoccupation. These serious illnesses affect all kinds of individuals across the spectrum of gender, ethnicity, age, and socioeconomic status.

Eating disorders such as anorexia, bulimia, orthorexia and binge eating are complex and life threatening – they have the highest mortality rate of any mental illness. However, due to societal stigma, many eating disorders go undiagnosed or untreated.

The holistic, patient-centered approach of naturopathic medicine is a key tool in screening and treating eating disorders effectively.

“Many patients are reluctant to discuss eating patterns that they suspect might not be healthy. NDs typically use a very comprehensive intake with new patients, and take the time to ask about diet, desired weight, anxiety, depression, and more, which aids in eliciting warning signs for eating disorders.”

“Addressing eating disorders and nutritional peculiarities requires a sensitive eye, a listening ear and a thorough appointment: the written patient intake, the physical exam, and an extensive interview.” 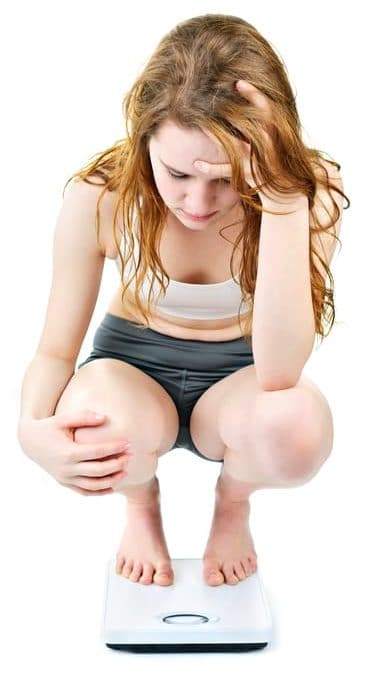 After the initial stage of screening, naturopathic doctors take a multifaceted approach to address the eating disorder as thoroughly as possible.

“Naturopathic physicians always aim to treat the cause of a condition, be that anxiety, depression, trauma, or other – and in treating the cause, we can offer lasting improvement, or in many cases, cure. NDs also typically spend more time with patients than conventional doctors, and thus are able to establish trust, which leads to healing. Many NDs are also open to other types of activities, such as meditation, yoga, guided imagery, and journaling, all of which are helpful in promoting healing in this patient population.”

“Management of eating disorders should be a multidisciplinary approach involving psychiatrists, psychologists, endocrinologists, dentists, gastroenterologists, internists, naturopathic doctors and so on. All personnel must work closely together and maintain open communication and mutual respect.”

“My team typically consists of a counselor who will address psychosocial variables, the family dynamic, issues of trauma, and the cognitive-behavioral factors that contributed-to and often maintain the eating disorder. I also work with a dietician, and sometimes a psychiatrist. My role as a naturopathic doctor is to seek to understand the root cause, remove obstacles to cure, stimulate the body’s natural ability to heal itself, give the body what it needs to heal, tonify weak and damaged systems, and evaluate structural integrity.”

Naturopathic doctors approach treatment for eating disorders from a variety of angles. These NDs weigh in with the methods they find most effective.

It is vital to address underlying causes and identify solutions or strategies to overcome the disorder. “A family history should be obtained regarding eating disorders and other psychiatric disorders. A detailed physical examination should be conducted with particular attention to vital signs; physical status (including height and weight); heart rate and rhythm; evidence of self-injurious behavior; muscular weakness; and more. Regular monitoring of Body Mass Index (BMI) should also be done.” Dr. Khalili points to a few studies where patients have had success in returning to a healthy weight and reducing harmful behaviors such as binging. One study shows that zinc was associated with an accelerated improvement of BMI. Another study indicated that patients receiving cognitive behavioral therapy saw decreases in episodes of binging and purging.

It is important to “recognize behaviors and patterns with regard to food, eating, thinness, weight, self-acceptance, cutting, excessive exercise, regimented eating and precise daily notations” when screening for eating disorders. In treatment, she recommends regular therapy. “Therapy varies for the individual, as does what and how we eat. As nutritional lifestyles vary, so does the type of treatment. Talk therapy for some, dance, art, or music therapy for others. A professional and safe counseling relationship can aid the patient in their path of wellness with a healthy relationship to and with eating.” 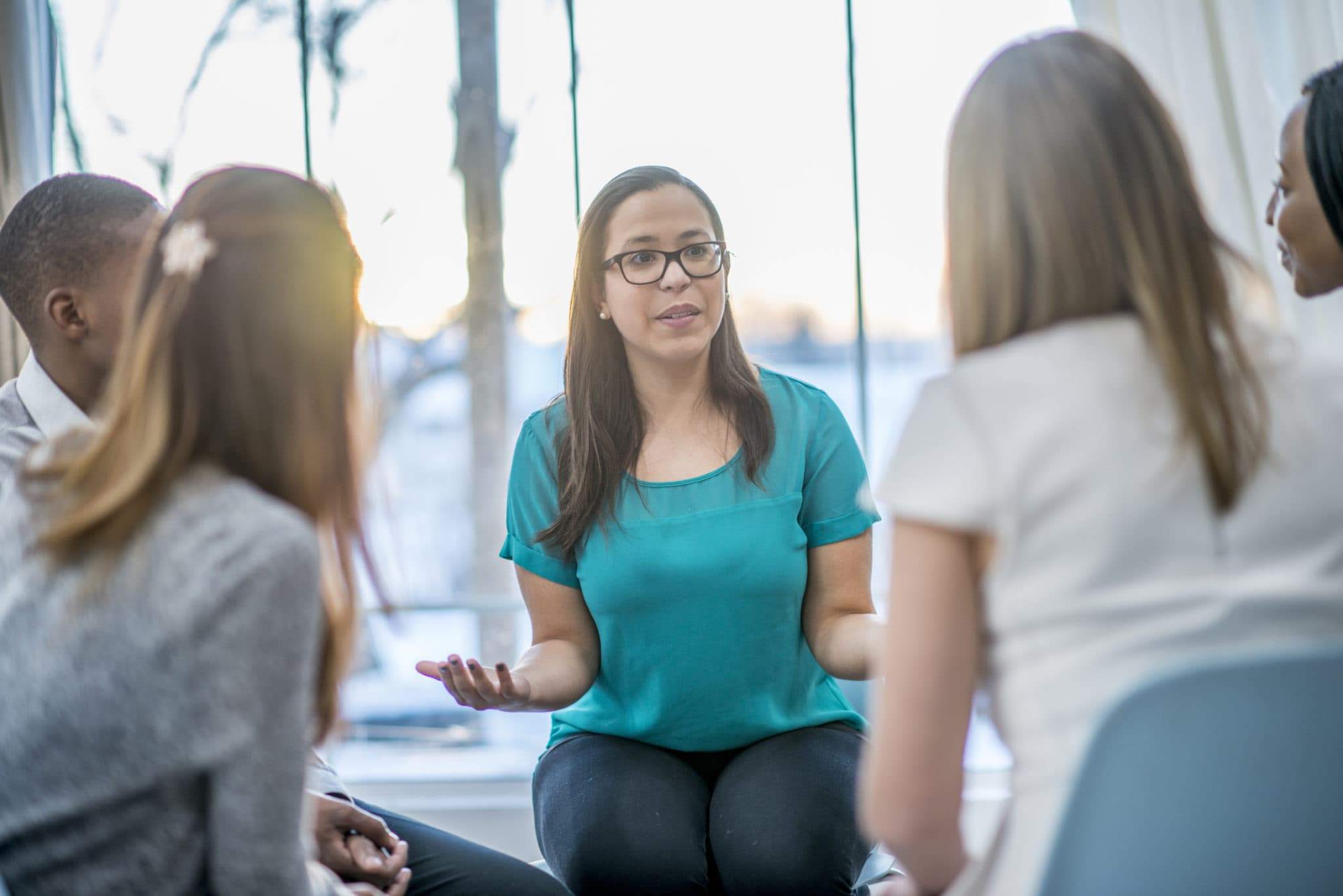 “Homeopathy can help address the imbalance, or triggers, that lead to the disorder, and I’ve had excellent results with this modality. Botanical medicine is fantastic at providing nourishment to organ systems affected. It can also be empowering to teach patients how to customize a tea blend, for example, to promote their own healing.”

“Basic treatments should include consideration of the biopsychosocial variables to care. This means the patient should engage in psychotherapy, receive nutritional rehabilitation, and their biological systems must be carefully monitored—particularly during the refeeding period if the patient has been restricting.” She sees the “most profound benefit from homeopathic treatment combined with psychological care, including counseling, support groups, and cognitive behavioral therapy.”

When treating patients struggling with eating disorders, these doctors have seen great progress because of their naturopathic approaches. Here are a few of their success stories.

Dr. Stage treated a 20-year-old female patient struggling with anorexia nervosa and bulimia with some purging. “She had been on multiple medications, unsuccessfully, for anxiety and depression, and the medications, at one point, caused Serotonin Syndrome, a rare but life-threatening complication. We gave her a medicinal tea (with herbs like chamomile, lavender, and skullcap) and a homeopathic remedy that addressed her perfectionism and anticipatory anxiety. We did some counseling about adding in foods, but you have to be careful about that in eating disorders. We also put her on a multivitamin for suspected vitamin and mineral deficiencies. Her mood lifted considerably over the following several months and she started to gain weight, stopped purging, and moved towards a healthier eating pattern. Her improvement was significant and lasting.”

Dr. Cain helped a female patient who suffered from body dysmorphic disorder (BDD). “BDD is a condition where the sufferer becomes obsessive about a flaw or perceived flaw or defect in their personal appearance. She expressed that she had put sheets over all of the mirrors because she hated her face so much. In secret, she would binge on carbohydrates until she was so full she felt sick and then she would purge. As time passed, the binging and purging became more frequent and she found herself unable to stop. Treatment focused on following the guidelines of the therapeutic order. This involved nutrition, movement, fresh air, counseling to work on self-talk, marriage counseling, prayer, going to Over Eaters Anonymous Groups, and more. She got rid of her social media accounts, received mind-body therapy, and she threw all of the junk food away. We treated her with a homeopathic remedy which addressed her mental, emotional, and physical symptoms. We prescribed trophorestoratives to help the nervous system, which had been in a state of ‘fight or flight’ for several years. We also gave her adaptogens to help correct the cortisol deficiency that was detected in her laboratory work. She started to receive cranial sacral therapy which helped balance her skeletal system and body as a whole. After several months of treatment, she stopped binging and purging, her depression started to lift, and her anxiety reduced. Twelve months later, she reported that she didn’t even relate to that self anymore.”

Orthorexia is another condition that can arise from extreme dietary monitoring and an obsessive desire to “eat clean.” Naturopathic expertise is valuable for this circumstance as well.

“Orthorexia may start out as a healthy desire to change one’s diet and lifestyle, but may progress into a seemingly obsessive pursuit of a healthy diet. Those suffering with orthorexia will obsessively avoid foods perceived to be harmful or unwholesome, experience extreme anxiety about how food is prepared, spend exceedingly long amounts of time preparing for food, spend excess money on food, and feel extreme guilt or shame when not adhering to their dietary standards. It is important for naturopathic clinicians in particular to be aware of this because patients suffering from these symptoms are often attracted to naturopathic doctors and their information on diet and nutrition. The key variable in orthorexia is the underlying motive. Commonly, patients with this condition report being motivated by the desire to enjoy feelings of health, cleanliness, and pureness. Holistic counseling into the root cause to this need and desire is key and cognitive behavioral approaches are key treatments.”

“Education about nutrients and appropriate amounts and types of exercise is often helpful. Often these patients are very interested in their own health and thus respond well to education. However, in cases where there is a strong sense of perfectionism, or mood disorder underlying the condition, an appropriately chosen homeopathic remedy, botanical formula, acupuncture protocol, or mind-body therapy can be very helpful.” 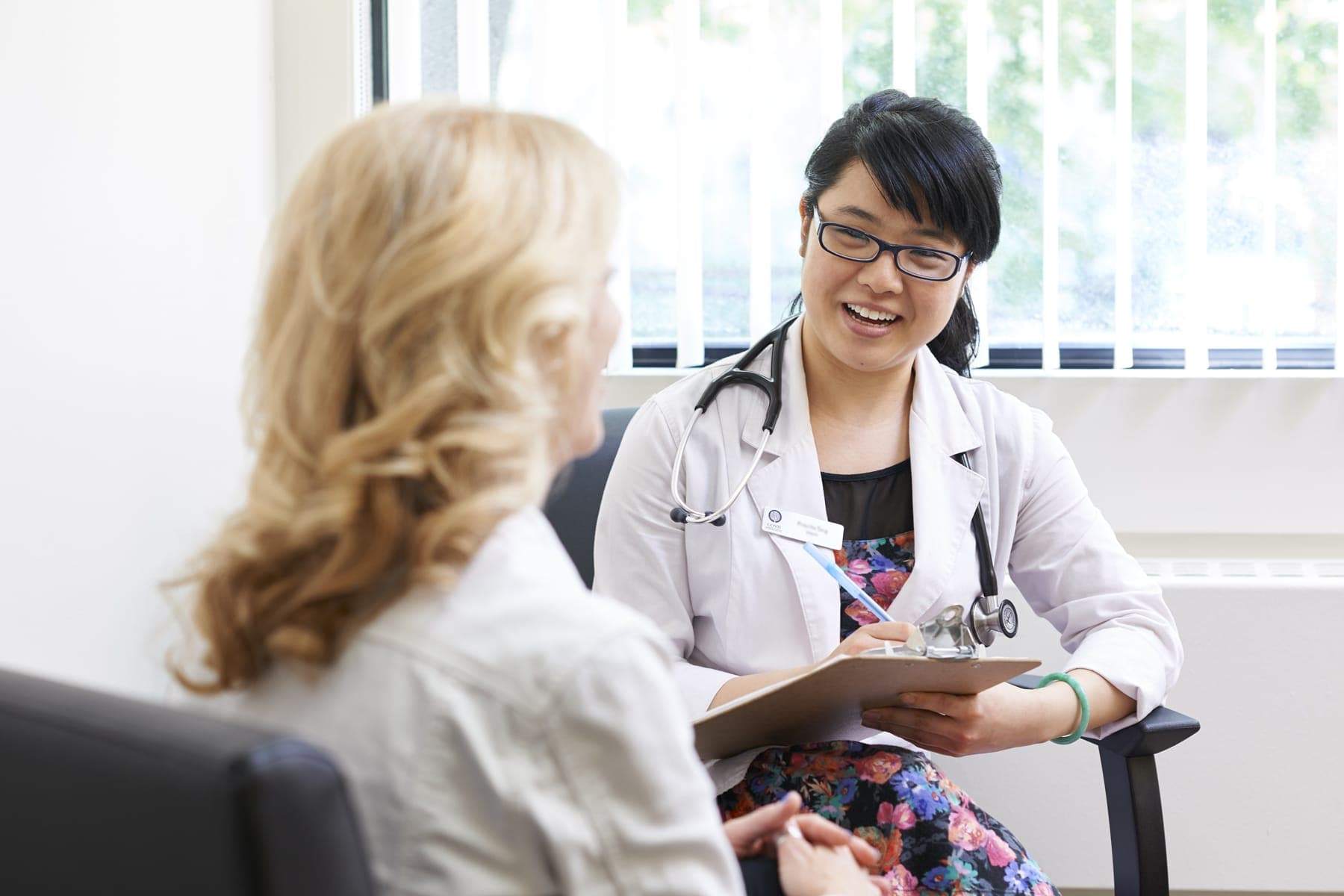 This month and every month, naturopathic doctors work closely with patients to screen and treat eating disorders.

“Naturopathic medicine offers hope to the hopeless. While the modern medical model has helped millions of men and women recover from eating disorders, there are those who do not get well with conventional approaches. Naturopathic medicine provides a completely unique and fresh perspective.”