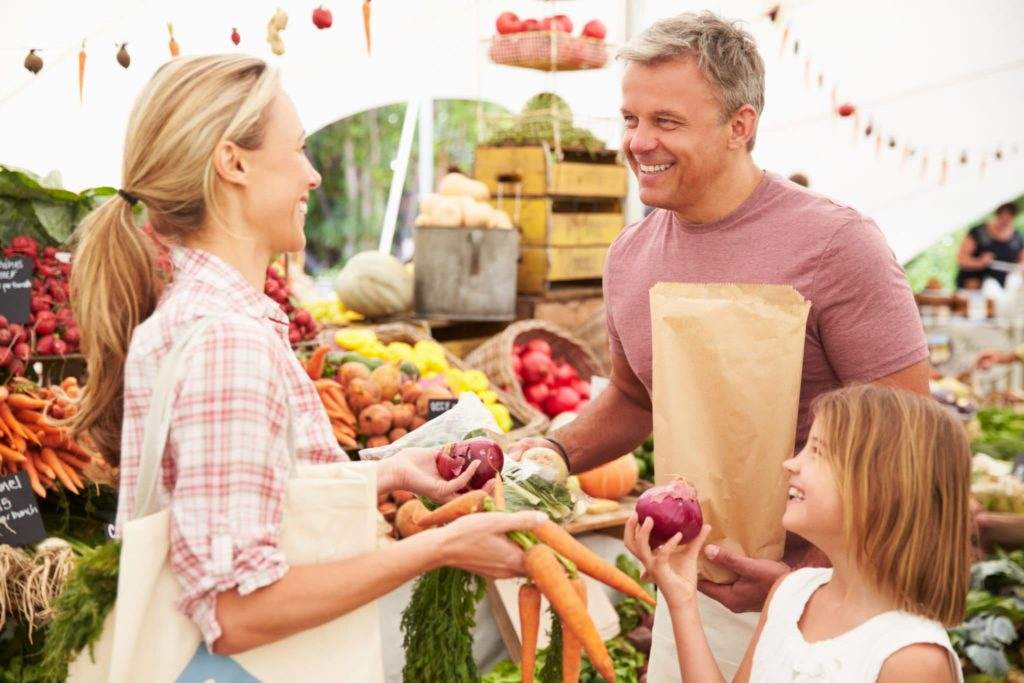 Erin Brinker: And we are “On The Brink,” the morning show on KCAA AM 1050, FM 106.5 and FM 102.3. We’re so excited to welcome back to the show Dr. JoAnn Yanez. She is the Executive Director of the Association of Accredited Naturopathic Medical Colleges and she’s here to talk about, well, health. JoAnn, welcome to the show.

Dr. JoAnn Yanez: Good morning, Erin and Tobin. How are you?

Dr. JoAnn Yanez: I know. The weather has been a little interesting lately, huh?

Erin Brinker: It really, really has. So, on the AANMC, that’s Association of Accredited Naturopathic Medical Colleges, website there’s a story that you’ve written, or that’s been posted, about fighting eating disorders and why naturopathic medicine may be the answer. You know that’s something I’ve never thought about before.

Dr. JoAnn Yanez: Yeah. I think that when folks think about naturopathic medicine often they will box us into healthy eating, or prevention, or chronic disease. Many patients find us after they’ve exhausted all other options. But 30 million Americans struggle with eating disorders and I think that there is something to understanding how naturopathic doctors work with the whole patient to recognize that we treat folks basically from the cradle to the grave and all the conditions in the middle. So this is something that we wanted to highlight, the strengths of naturopathic therapies and naturopathic approaches for addressing eating disorders.

Dr. JoAnn Yanez: But at the end of the day, it was really binge eating, which was masking huge holes for her, and underlying psychological issues that weren’t addressed. So with naturopathic medicine, we deal with the root cause. The diabetes was a symptom. The heart failure was a symptom. The blindness at the end of her life was a symptom all of the binge eating. And the binge eating was a coping mechanism for anxiety and depression. I remember as a kid I loved going to my grandma’s house because I always used to find little candy treasures. Little did I know, all of those little-hidden candy treasures were her security blankets for when she needed that sugar fix. So she used to hide candy all over the house. And now I know that that is a symptom of binge eating disorder where folks will kind of squirrel things away.

There’s this meme on social media; how do you hide your candy from your kids? You put it in the vegetable container or something like that. But the underlying message there is, why do you feel you need to hide what it is your eating? Why is their shame about what you’re doing? Eating should be joy. Eating should be sustenance. Eating should be food. So as a naturopathic doctor, food can be medicine. So we look very closely at the relationship with food, what types of food you’re eating, what are the impacts of the foods that you are eating on your health and how do we really create a healthy relationship with our patients and food, and with our patients and their body. And that’s what it ends up boiling down to, which is why I thought naturopathic medicine can be, and is, such a powerful way to address eating disorders because we’re looking at the root cause.

Erin Brinker: Now, an eating disorder is a way of coping, like any addiction, with pain, emptiness, trauma, whatever, that’s happened in the person’s life. Of feelings of inadequacy. Shame is a big part of it. The shame in this is in the secret. The secrets keep you sick. When you hide things that’s part of the sickness of having an eating disorder. Is there a naturopathic solution for other mental illness too, because this is really … it’s a mental illness.

I saw a really interesting case, it’s not related to food as much, but I saw this woman years ago who had chronic insomnia and she could not sleep worth anything. Tried everything under the sun from conventional doctors to medications to acupuncture and it was just this horrible, chronic insomnia. What ended up happening is through the course of talking, we found out that she had a really serious childhood traumas that included horrible things I’m not going to repeat on air this early in the morning. But what ended up happening is the trauma always happened in the middle of the night and so she was hyper-vigilant during the nighttime, kind of anticipating when the trauma was going to happen again.

Erin Brinker: So she had PTSD?

Dr. JoAnn Yanez: She had PTSD. So I think that at the end of the day when we addressed the root of the issue, and worked on the PTSD and worked on the initial trauma, and helped her not feel so powerless that she had to be hyper-vigilant all the time, that went away. So I think at the end of the day we have to find the root of the issue. The binge eating, the anorexia, the bulimia, that’s all a symptom. If you’re, “Well, they just need to eat.” No, that’s not the-

Erin Brinker: It’s not about the food.

Dr. JoAnn Yanez: It’s not about the food. The food is a symptom. So I think that at the end of the day with the naturopathic approach of addressing the root cause, and not giving up until we find that root cause. It’s almost this dogged detectiveness in naturopathic medicine. So those are the types of people who are attracted to our schools. Folks who want to be health detectives. They want to find out what is really going on with somebody and give that long-lasting approach to healthcare.

Erin Brinker: You know it’s interesting that all of that takes time and the way that …

Erin Brinker:  … modern medicine, conventional medicine, worked at the moment the doctor basically does a flyby. They’re with you for two seconds. You know my doctor doesn’t even lay hands on me really. She’ll look in my ears and that’s it. So she’ll say, “Okay, well I think it’s this.” It’s like how do you know? We’ve been talking for about 30 seconds here. So the naturopathic medicine takes it in a completely different direction and actually gets to know the patient.

Dr. JoAnn Yanez: Our first office visit’s often an hour and half.

Dr. JoAnn Yanez: And follow-ups can be 30 or 40 minutes, depending on the complexity of what’s going on. Healing takes time and really uncovering what’s going on really takes time to listen to the patient. To explore all the intricacies of that individual’s health because no two people are created the same. No two people’s health conditions. No two people’s bulimia, eating disorder, anxiety, or insomnia, or binge eating are going to be exactly the same. While there may be some similarities in therapeutics, it’s understanding the patient’s story. Understanding what is at the root cause of the illness, or the issues, for them and then focusing on the best treatment for them.

In some cases, biofeedback, therapeutic talking, counseling, all sorts of different modalities, exercise, meditation, etc., may be appropriate therapies. But every single person is going to need it delivered in maybe a different way. For some people, it may take the form of religious meditation. For other people, if you say the word religion they totally shut down. So I think that it really depends on the person, the individual, the relationship with the naturopathic doctor.

And again, we draw students at our seven accredited schools who want to be this partner in health. They don’t want to do the drive by. They find satisfaction in creating that relationship, in helping somebody get to real health and wellness. And understanding health and wellness and not just coming in, doing the procedure, and then walking out. And not there’s anything wrong with practicing that way, but at the end of the day the folks that like naturopathic medicine and do well, are seeking something different.

Erin Brinker: I don’t know if I’ve ever asked you this question. If somebody was thinking about a mid-career shift, how long does it take to get through a naturopathic medical school? What does that look like? Say somebody’s in their 30s or early 40s and they’re thinking, gosh, this sounds great. It’s something that I want to do. What does that look like?

Dr. JoAnn Yanez: Well, actually last month we hosted a webinar on career changes so we’ve got that up on our website if folks want to come and visit. But I will tell you that the first step is requesting information from our schools. So you’d go ahead and you’d get some information. I would say talk to some counselors and get set-up with a plan and what does that look like for you? How long has it been since you’ve been in school? Do you need any new pre-requisites done for the naturopathic degree? So if that’s the case, we have seven schools in eight campus locations. Is this a relocation for you? What is going to be your plan to get there? So it’s just coming up with your education plan, your academic plan, and your personal plan of making this a reality.

Erin Brinker: Now, another thing that I’ve never asked you before, we have couple of medical schools in our immediate area. One of them really has a focus on an overall health and wellness. It’s Loma Lina, it’s located in the only Blue Zone in the United States. But they don’t have a naturopathic program. Can the local community lobby for that sort of thing and what would that look like?

Yeah. So there is currently development for a naturopathic program in the Greater Los Angeles Area and they’ve hired a naturopathic doctor. They’re working on their curriculum right now. Can’t say their name yet. But the process would be creating a curriculum, designing the program, having the financial support to sustain the program, and then applying for accreditation. I actually just got an email this morning the new accreditation standards for the naturopathic program. So they would have to go through a process of candidacy for accreditation and seeking that out and then becoming an accredited program.

Erin Brinker: Well, wonderful. Let’s hope that they do that. When the one in the LA area comes online, I can’t wait to hear about that.

Erin Brinker: So, JoAnn go ahead and give the website … Excuse me. The website again and let people know how they can follow you and find you.

Erin Brinker: Dr. JoAnn Yanez, thank you so much for joining us today. It’s always a treat to have you on the air.

Dr. JoAnn Yanez: Thank you so much folks. Have a great rest of your day.