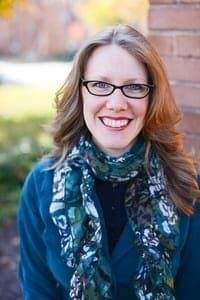 Visiting the doctor = being sick.

That’s the experience Leah Hollon (ND, MPH) had growing up. Having suffered with health issues as a child, she grew fearful of the idea of going to the doctor. But she never feared her doctor. “I loved my primary care doctor,” she said. “He cared so much about me and he really offered personalized medicine.” This personalized approach to medicine included being compassionate and thinking outside of the box, traits Hollon holds sacred today.

Nurturing a passion for helping others – How she chose this profession

These experiences as a child are, perhaps, what led her to a career in naturopathic medicine. But her journey to becoming an ND took a few twists and turns along the way. As an undergraduate, Hollon discovered a true passion for helping people gain access to healthcare. She and her professor were active in the community, helping to educate those who generally wouldn’t be given the resources or support they deserved. “One woman stands out in my mind, who worked in a factory,” Hollon recalls. “We were counseling her about diet and lifestyle. She had stage 4 cancer in her bones, and children at home. She didn’t realize she could choose things in her life that would impact her health. She never had that education. It just hit me really hard. I felt it was my job to educate people.” But even with this revelation, Hollon still did not consider becoming a physician. Rather, she received a master’s degree in public health to help people empower themselves. It was during her graduate studies at VCU when she first heard of the term naturopathic doctor. A friend of hers, living in Oregon, encouraged her to pursue this path because it seemed a good fit with Hollon’s mission.

How she settled with NCNM

“When I stepped foot at NCNM, they were so kind and passionate. You know how you just walk into a place and you say, ‘This is where I’m supposed to be?’ That was NCNM for me.”

Hollon was impressed with so much that NCNM had to offer, including the amount of outreach the school does serving a variety of populations that traditionally don’t get that type of support or attention. Her passion was obvious from the start. During her time at NCNM, Dr. Hollon played a number of leadership roles (including in SGA); was one of the first organizers of DC FLI for NCNM; and helped in the organization of NMSA. Following graduation, she chose to open a practice in Virginia – her hometown, in 2012. Virginia happens to be an unlicensed state; however, Hollon doesn’t see this as an obstacle. In fact, she sees it as an opportunity to reach new populations in order to expand the message of naturopathic medicine: that the body has the power to heal itself.

While those days fearing going to her doctor as a child are in her past, the positive impact her PCP had on her then remains today. As Hollon sees it, being an ND means being a “doctor of the body, vs. a doctor out of a book.” That’s what excites her the most about her job: people come to her when their ailments don’t fit the confines of a textbook. It forces her to be compassionate and think outside the box … exactly as her beloved childhood doctor did for her.

Gaining an identity – Thoughts on the future of naturopathic medicine

While there’s a push in the naturopathic medicine field for a greater scope of practice, Hollon wonders if the push might go too far. “Are we going to be just like MDs, stuck in this insurance model hamster wheel? Do we really want that medical model? Yes, we want to be equal as colleagues … but maybe we don’t. If you push so hard in a direction, you might forget the other tools you have in your basket. Hopefully we don’t throw away one thing and replace it with another.” Hollon also envisions (and welcomes) more and more challenges involving the FDA. “We should feel confident in our medicine to show its worth and effectiveness,” she said.

What advice does Dr. Hollon have for prospective students?

1. Choose the school that resonates the most with you and that matches your goals and desires.

2. Research your prospective schools. Look at the clinics; see who they serve in the community; look at the faculty and the type of research they’re involved in.

Get a little help from some ‘friends’
Dr. Hollon strongly suggests that as you begin your fourth year, you should reach out to a financial planner (as well as a personal coach). A successful practice requires more than just knowledge of medicine. It also requires being good at “the books.”

“It’s difficult to be good at both,” Hollon admits, which is why she suggests turning to others for support.

“You need a personal coach to help you work on your weaknesses,” she said. Most people have triggers; a personal coach can help you understand your triggers and avoid bringing that negative energy to your work.

It also helps, she said, to align yourself with colleagues who you can meet with regularly to get support. Every experience is a good experience

“Make sure you’re getting good rotations outside of your understanding,” Dr. Hollon said. In other words, find mentors you may consider quirky or who have a different approach than you.

The only way to learn what you want – and don’t want – out of a career is to arm yourself with countless experiences.

Want to learn more about Dr. Hollon and her Richmond, VA practice? Visit her online: