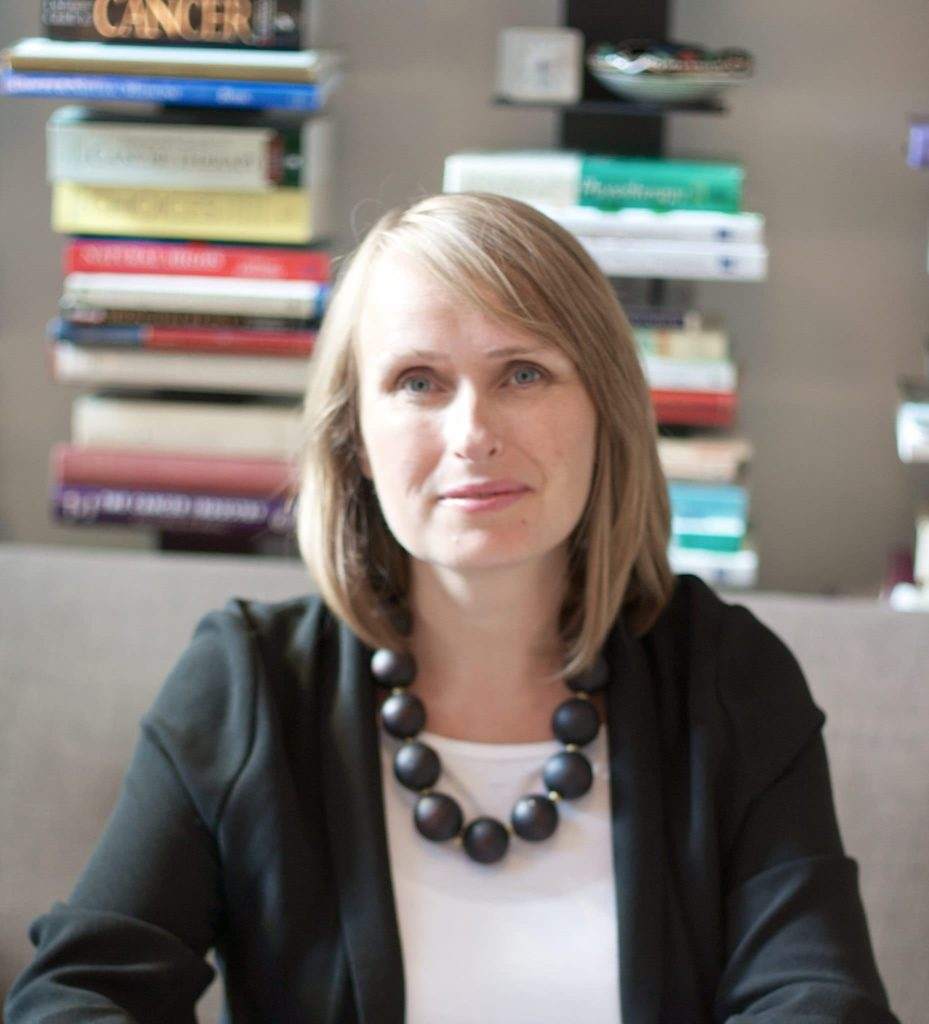 “Being a naturopathic doctor is a calling more than a job; it requires dedication and will constantly stretch you, both intellectually and emotionally. And if you can commit to that, it will make you a better person.”

While Dr. Nicole Egenberger had aspirations to become a doctor since she was a young child, it was her first interaction with a naturopathic doctor that set her on the path to becoming an ND herself.

“When my grandparents became ill with cancer, we consulted one of the only dual-MD/NDs in the city. I still remember the warmth of her office, the way she interacted with us, and the nutritional treatments she recommended. I quickly figured out this was the kind of doctor I wanted to be,” Dr. Egenberger says.

Her own experiences with naturopathic treatment only solidified this desire. During her pre-med studies at McGill University, Dr. Egenberger experienced chronic fatigue and pursued naturopathic care to address her situation. “The depth of personal care I received in the process—as well as the breadth of knowledge and effectiveness of the treatment—really clicked,” she adds.

A Strong Foundation at CCNM

She chose to pursue a naturopathic degree at CCNM because of the school’s emphasis on learning all the modalities of naturopathic medicine, including four years of integrated Chinese medicine and homeopathy.

“Having a deep understanding of the variations in philosophies and diagnostic systems has really enriched my practice,” Dr. Egenberger says. “It’s given me a broader set of lenses through which to assess disease and draw connections between symptoms.”

Her time at CCNM allowed her to build a solid foundation in pathology and differential diagnosis, but it also helped her create a network of practitioners that has stayed strong over the years. “Time and again, I’ve drawn on these friends and colleagues for insight and ideas; it’s proven central to how I’ve evolved and become better as a practitioner beyond school,” she says.

After graduating, she made a big change and moved to New York City, where her husband was starting a new job. She quickly got to work planning her own clinic.

Dr. Egenberger has been managing her clinic, Remède Naturopathics, for the past 12 years, and it has grown considerably since its inception. “It’s funny, because I remember starting out and being so excited to have five patients in one week. That really was a big accomplishment,” she says.

“We now have three naturopathic doctors on staff, along with an acupuncturist, a massage therapist, and a dedicated infrared sauna room.” 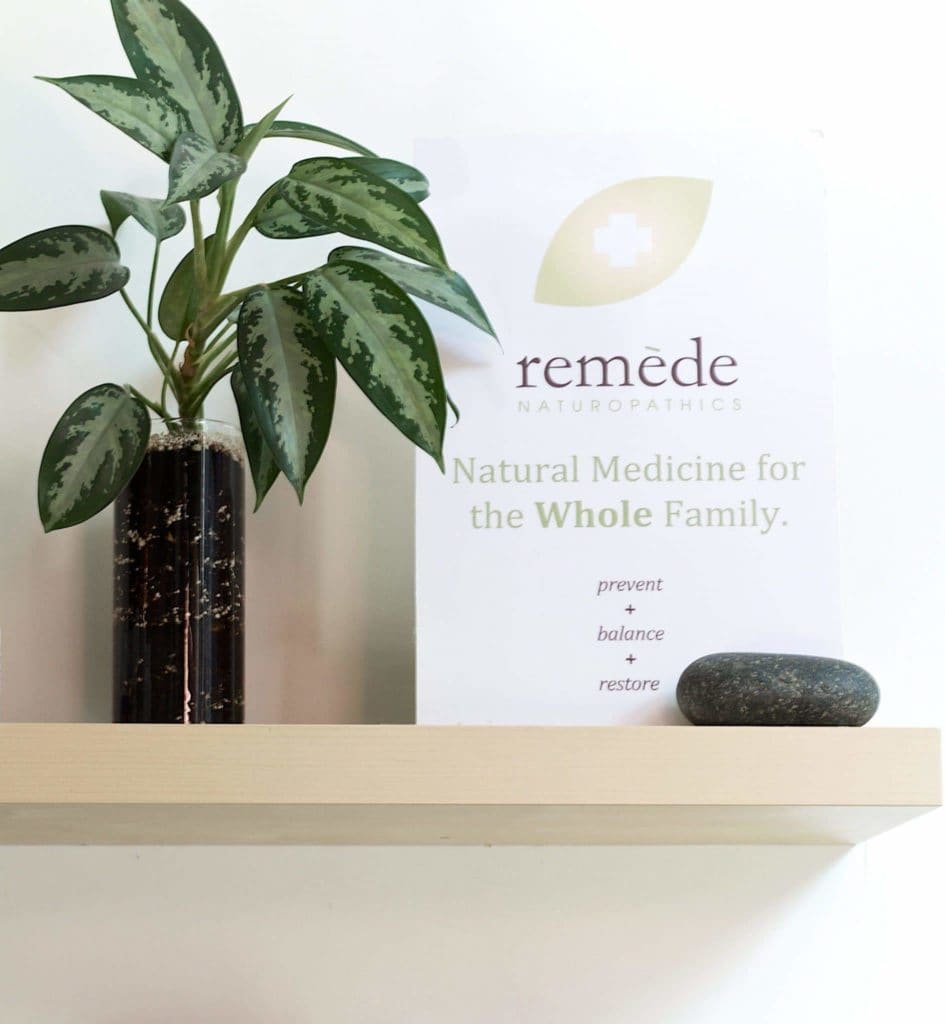 The Evolution of Patient Care

The patients Dr. Egenberger treats at Remède have also evolved over the years. “A wise person once said to me that your patients will always reflect the boundaries of how you’re comfortable practicing,” she says. “We’ve always seen complex cases at Remède, but the volume I see now means I feel a more urgent need to manage time between patient care, expanding the clinic, and developing my people.”

Her patient base is made up mostly of highly-educated professional women, but as a result, they also see many spouses and children, creating a diversity of patients.

“While the focus of my practice started off as women’s health, fertility, and autoimmune conditions, four years ago, I pursued a fellowship with the Medical Academy of Pediatric Special Needs, which has meant I’m now seeing children on the spectrum—work I’m also passionate about,” she says. “More recently, in part because of its prevalence in the northeast of the U.S., I’ve been seeing a lot of chronic Lyme disease.”

Reaping the Rewards of Naturopathic Medicine

For Dr. Egenberger, the most fulfilling part of her work is the relationships she develops with patients. “Even in a pre-licensed state, where we can’t offer primary care, our patients still see us as their most trusted advisor and advocate on healthcare decisions,” she says. “That trust always humbles me—it’s a huge honor and it inspires me to keep learning.”

She sees naturopathic medicine as a unique profession because of the whole-body approach to assessing symptoms and determining treatment options.

“It is a more patient-centered medicine. By defining the doctor as a teacher, it removes the traditional power dynamic between a doctor and patient and creates a partnership that fosters healing,” she says.

To future naturopathic doctors, Dr. Egenberger has this to say: “I find that the most fulfilled NDs are those that see being part of this profession as a gift. It’s one that is flexible, creative, and rigorous enough that we can constantly learn and grow as people. And that you can do that while helping someone heal and discover tools they can use to stay well well beyond the time they’re spending in your office? That’s a reward like no other.”

Growth in CCNM’s Clinics Makes for a Successful Year