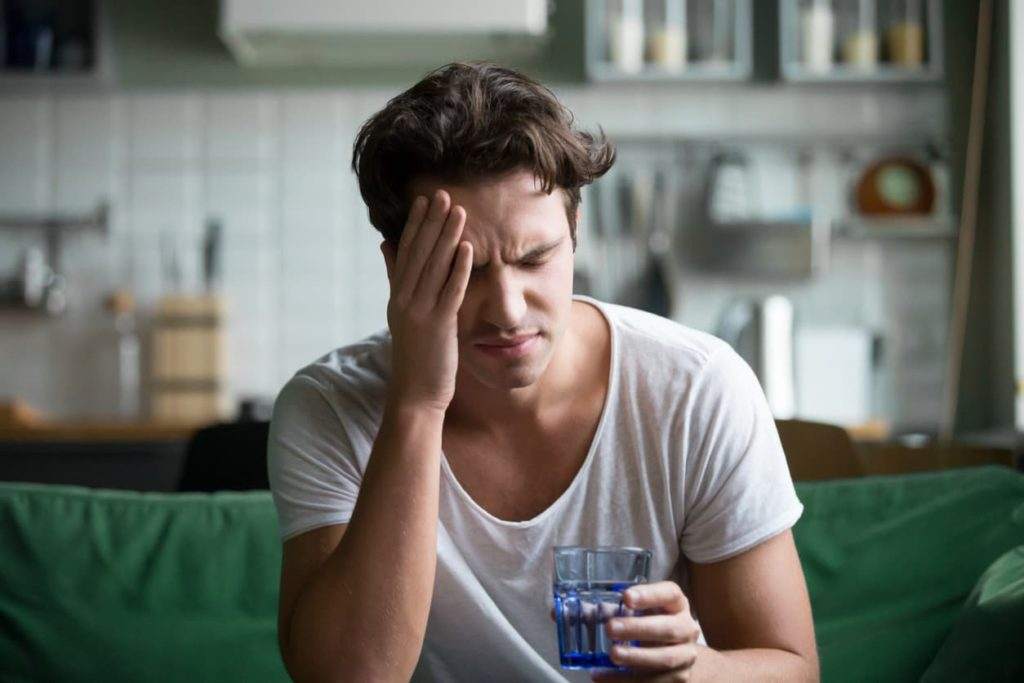 Headaches have plagued humans for thousands of years. Ancient human remains with evidence of an early form of neurosurgery known as “trepanation” have dated back as early as 7000 BC.1  Trepanation involved drilling a hole in a portion of the skull. A common belief during this time was that headaches and other neurological disorders like seizures were caused by evil spirits trapped inside the head. The hole presumably allowed the spirit to escape. This procedure was recommended as a treatment for migraines as recently as the 1600s.1

Today, many people think a headache is just a headache, but for some, they are much more than that. Every ten seconds in the United States, someone seeks emergency care for head pain, and 1.2 million patient visits are due to acute migraines.2 Headaches are an incredibly common condition, in fact, they are the most common form of pain. They can be extremely debilitating, and may impact the ability to live and work normally.

Differences exist in headache types, including triggers, the quality of the pain, the location of the pain, and what makes it better or worse. There is no single approach to the treatment of headaches or migraines, as the goal of a naturopathic physician is to treat the cause. Instead, naturopathic medicine has many treatment options to offer when managing headaches and migraines that enable the naturopathic physician to tailor the protocol to the individual patient and the cause of the problem.

Types of headaches and clinical features

Tension Headache: These are the most common type of headache experienced by adults and older children/teens. Also known as stress headaches, they tend to come on slowly and can be episodic appearing only every now and then or chronic appearing more than 15 days per month for months on end. They are typically non-progressive, involving mild to moderate pain and a tightness similar to the sensation of a band around the head. The pain is typically dull and diffuse, affecting both sides of the head, and may be accompanied by tenderness of the scalp, neck, or shoulders. They can be brief lasting less than an hour to extended, with pain lasting a week.

Cluster Headache: Cluster headaches are less common than tension headaches or migraines but are the most severe headache type.3 They are typically characterized by intense, piercing, burning, sudden-onset pain often localizing behind one eye. Cluster headaches, as the name implies, are likely to occur in multiples over time from weeks to months and may occur daily or even several times per day, with the pain pattern tending to recur in the same manner each time. They can last from one to three hours and there may be months or even years between episodes.

Migraine Headache: Impacting around one billion people worldwide, migraines are the third leading illness known to man.2 Migraines are more than just a really bad headache – they are a neurological condition accompanied by extremely debilitating symptoms. More than 90% of people are unable to work or function normally while suffering from a migraine.2 Migraines typically occur only on one side of the head (though in around 33% of cases both sides are affected) and involve severe, throbbing pain that is often accompanied by other symptoms that affect the senses such as visual impairment, sensitivity to light or sound, and numbness.2 Migraines can last anywhere from a few hours to several days, and can occur in both episodic and chronic patterns. Around 85% of chronic migraine sufferers are women.2 Migraines may also involve a genetic component as 90% of sufferers have a family history.2

Naturopathic Management of Headaches and Migraines

Riboflavin: A prominent member of the B-vitamin family, riboflavin (vitamin B2) has been investigated for its role in the prevention of headaches, particularly migraine type. Multiple clinical trials have demonstrated the benefit of riboflavin for migraine prophylaxis.4 Riboflavin use has been associated with reduction in frequency of migraine attacks as well as reduction in the use of anti-migraine medications.5

Magnesium: Low levels of magnesium have been detected in those suffering from a variety of headache types.6 Magnesium has a long history of effective use in migraine prevention. Additionally, magnesium has been shown to be effective as an inexpensive acute treatment option for headaches and migraines, particularly when administered intravenously to those with low blood magnesium concentrations.6

CoQ10: CoEnzyme Q10, also known as ubiquinone, is used by the cells to generate energy. CoQ10 is naturally present in the body but can also be taken in supplement form. It has potent antioxidant properties and is well known for its cardiovascular benefits. Studies of the use of CoQ10 in headache management have yielded positive results. One study suggests that CoQ10 may reduce the frequency, duration and pain scale of headaches.7

Butterbur: Butterbur (Petasites hybridus) is a shrub that grows in swampy areas of Europe, parts of Asia and North America. Historically, butterbur has been used to treat many ailments from the plague to skin wounds. Studies have validated the use of butterbur in the prevention of migraines. In a randomized clinical trial, a standardized extract of butterbur was shown to decrease the frequency of migraines by up to 60% with no adverse events reported.8

Safety note: Raw, unprocessed butterbur contains pyrrolizidine alkaloids (PAs) – chemicals that can be harmful and may cause liver damage or result in serious illness. Commercial butterbur products have typically been processed to remove PAs and are labeled as PA-Free. These are the only types that should be used.

Feverfew: Feverfew (Tanacetum parthenium) is a member of the daisy family and is native to the Balkan Peninsula. It has yellow-green leaves and yellow tubular florets with numerous small white flowers that resemble those of chamomile (with which it is often confused). It has a long history of use as a treatment for headaches, particularly migraines. Research shows that consuming feverfew reduces the frequency of migraine and headache symptoms. 9

Diet plays a major role with nearly all medical conditions; headaches and migraines are no different. Diet may affect neuropeptides, neuro-receptors and ion channels, inflammation, the sympathetic nervous system, release of nitric oxide, vasodilation, and cerebral glucose metabolism, which may result in headaches.10 Substances found in foods such as caffeine and MSG can be related to headaches. Withdrawal of caffeine or administration of MSG have produced strong and reproducible headaches.11 Other foods such as those containing gluten, histamine and alcohol are also considered to be headache triggers. Food allergies may also play a role in triggering headaches. Controlled trials reported that an elimination diet of IgG positive foods significantly decreased recurrence of headaches and migraines.11

Acupuncture is a therapeutic technique often used in Traditional Chinese Medicine. It involves the insertion of very thin needles into various points on the body. It is not painful and has extremely low risk of side effects. Acupuncture has been investigated for its benefits in pain management in multiple clinical trials with good success.  A review of nearly two dozen clinical trials found evidence that acupuncture reduces the frequency of headaches by 50% in over half of the participants.12 This effect is similar to that seen with preventive medications.

Exposure to environmental toxins, including pollution, smoke, chemical-based cleaning products, perfumes, air fresheners, as well as off-gassing from household goods may lead to headaches. Avoiding these exposures is an effective means of preventing headaches that are due to environmental triggers. Eliminating personal and household use of scented products such as dryer sheets, perfumes, air fresheners, and scented candles can go a long way towards minimizing exposure. Utilizing fewer toxic methods of cleaning such as steam, vinegar, or essential oils can also be helpful.

Having your case reviewed by a clinically trained naturopathic physician is the best way to determine which naturopathic therapies might be of the most benefit for your specific circumstances. Because each person is unique and naturopathic physicians are more concerned with the individual versus the diagnosis, they focus on the specifics of the individual and what they are experiencing in order to develop a comprehensive plan to address the root cause of the issue and resolve the problem for good.

Click here to find an ND near you in the United States and Canada.

Want to Become an ND? Here’s What You Need to Know

Social Media: How to Use It to Your Advantage
Comments are closed.