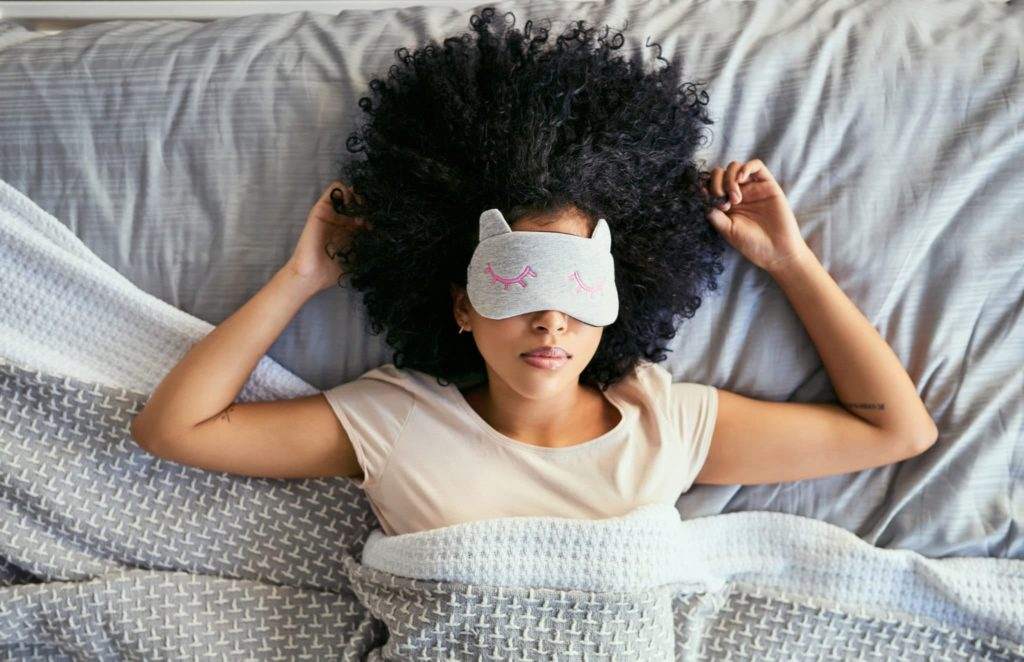 Erin Brinker: We are joined again by Dr. JoAnn Yanez. She is the executive director for the Association of Accredited Naturopathic Medical Colleges. She joins us once a month to talk about health, naturopathic medicine, and naturopathic medical careers. We’re going be talking about sleep today. Americans are sleep deprived. Dr. Yanez, welcome to the show.


Dr. JoAnn Yanez: Thank you so much. We ARE sleep deprived. There are various statistics on that, but about 40% of American adults get less sleep than the seven-hour minimum. About one out of three will report insomnia. It’s really a big issue for many. It’s been heightened for me this week. I don’t know if Daylight Saving Time impacted your house like it impacted …

Dr. JoAnn Yanez: … my household, but it’s amazing what that one-hour shift in daylight does to the circadian rhythm. I see it so clearly in my son, who the last two mornings has been just impossible to get up to the point where yesterday I put him at the table to eat breakfast and he curled up on the floor in the kitchen. Like, “I’m not ready to start the day. I don’t care.” You see it really clearly and adults, we’ll muscle through it. We’ll drink an extra cup of coffee. We’ll suck it up, but the kids just don’t have that coping skill for it, even if we put them to bed earlier. Sleep to me is foundational for good health. It’s so important in restoring your body, helping your brain regenerate from the day, helping your body tissues regenerate, normalizing your endocrine system, your immune system. There are so many things that we need sleep for. There’s a reason why sleep deprivation is classified as a form of torture.

Tobin Brinker: Dr. Yanez, I teach middle school besides doing a radio show, and I see these kids walking around with these energy drinks. I’ve seen it more obviously this week, with the time change. What does that do to people when they drink those energy drinks? Is that part of the problem with people having a lack of sleep?


Dr. JoAnn Yanez: It’s kind of like if your check engine light is going off and you just unplug it and keep going. Maybe the check engine light was nothing and it was just a short, or maybe it’s something different. Being tired is a symptom. It’s your body saying, “Hey, something is off.” It’s talking to you. “I didn’t get enough sleep. I need more rest.” What happens when you take an energy drink, when you take caffeine/sugar … a little bit for a short period of time, I don’t know that a little caffeine … now, I’m not a fan of the additives that are thrown into the energy drinks. They often have more caffeine than a child’s body should be getting at that age range. They also may have artificial sweeteners or extra sugar added, that I’m not a huge fan of.

In general, a little bit of caffeine to get you over a hump … but if it’s a daily thing, you’re telling your body, “You know what? You’re tired but I’m not listening to you, and I’m not paying attention to the signs that there’s something wrong and I should be fixing it.” That’s really more where I take issue with relying on energy drinks, caffeine, sugar, et cetera, to motor through rather than listening to our body’s cues and getting the restful sleep that you actually need.

Dr. JoAnn Yanez: Yeah. And that’s a vital part of sleep hygiene. I don’t know if you’ve ever heard that term thrown around. It’s just the healthy habits that foster better sleep. One of those is setting regular bedtimes and wake up times, even on the weekend, because our body’s hormonal system or endocrine system sets up everything for the day from when you wake, when you’re hungry, when you need to poop, all of that based on your endocrine system and that hormonal system that starts with the circadian rhythm.

Then from that, there are other things that are quintessential to good sleep hygiene, which is no screens about two hours before bed. The light that’s emitted from the screens can, in some people, diminish the hormone melatonin which is necessary for falling to sleep restfully and staying asleep. So, decreasing your screen time, definitely no screen time at 11:00, but some folks even recommend up to two hours before your scheduled bedtime, putting the screens away, doing things that are relaxing and restful, starting to minimize your light exposure, to gradually get your body into that. You know, if you think of, what did humans do before electricity?

Erin Brinker: We went to sleep when the sun went down.

Dr. JoAnn Yanez: We went to sleep when the sun went down or somewhere close by. If you weren’t going to sleep, you were reading by candlelight which was a low, dim light. It wasn’t bright, LED, 1600 lumens at your face kind of light. That’s also one of the things that can be troubling for folks, especially when we’ve shifted with daylight saving to a darker morning, and having some more light to trigger. It’s really cool, they have these alarm clocks that will begin to increase the light in your room to stimulate that sunlight when you don’t have that sunlight in the morning to wake you up.

Erin Brinker: That’s clever. Tobin bought an alarm clock that does that, but it turned out to be more complicated than it should have been. I use my phone. As soon as my alarm goes off, I grab my phone and switch it to the amber setting and then start reading. Tobin really thinks that I need to buy an alarm clock and put the phone in the other room, and maybe he’s right.


Dr. JoAnn Yanez: That’s one of the things. It’s tempting, especially if you’re having trouble sleeping in the middle of the night, to grab your phone or to even check your time on the phone. Just that light for some people can be stimulating enough to impede sleep. Many folks again, say, “Put your phones out of the room.”


For me personally, I’m really light sensitive and so I actually take … For the few electric things that I need to have in the room, I’ll take a piece of black electric tape and cover up the little light bulb that, on my air purifier or what have you, that gives off that low level light all night long. Very, very dark rooms also help to increase your melatonin production, so shut your door, shut any curtains, get black-out curtains. Make your room as dark as you can.

Erin Brinker: What happens over the long haul if you are sleep deprived? Say you get five to six hours of sleep every night for an extended period. What starts to happen to the brain?


Dr. JoAnn Yanez: There are impacts on the entire body. There are links to increased heart disease. There’s been actually a lot of work done with shift workers, with folks who work night shift, with folks who work swing shift. They’ve demonstrated increased diabetes, increased cardiovascular disease, issues with insomnia, and issues with anxiety/depression. Like I said, one out of three adults will deal with this, though this is something that many of us will face in our lifetime.

Erin Brinker: I know I certainly struggle with it and it does lead to … It makes you more likely to be obese, high blood pressure, heart disease, stroke, diabetes, et cetera. We’re starting to have better sleep hygiene. I’m starting to go to bed earlier although not every night am I successful.

Dr. JoAnn Yanez: Get the phone out of your room.

Erin Brinker: Yes ma’am. Dr. JoAnn Yanez, it’s always a treat to have you on the show. Thank you so much for joining us today.

Dr. JoAnn Yanez: Thanks for having me, folks. You can find us at aanmc.org, we’re all over social media, as well Instagram and Twitter and Facebook and so on. But really, I think more than anything, you can find an ND who’s local to you to help you manage some of these sleep problems. Like I said, one out of three adults, though this is something that many of us will face in our lifetime. Have a great day …


Erin Brinker: You too.

Dr. JoAnn Yanez: … and hope you get some good sleep this week.

Erin Brinker: Thank you very much. All right. With that, it’s time for a break. I’m Erin Brinker.

Erin Brinker: We are On the Brink, the Morning Show on KCAA. We will be right back.