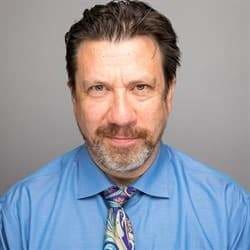 Dr. Smith has served as a member or officer on many committees, councils, and organizations within the naturopathic profession. For many years he has volunteered for NPLEX as an item writer, reviewer, and cut scorer, and he has served on the NABNE Advisory Council. He has been involved in the Council for Chief Academic and Clinical Officers (CCACO), and has represented NUHS at Council on Naturopathic Medical Education (CNME), and American Association of Naturopathic Physicians (AANP) meetings. He is a past president of the Illinois
Association of Naturopathic Physicians, and he is a tireless advocate for naturopathic licensure in that state. He is the current President of the Association of Accredited Naturopathic Medical Colleges (AANMC). His widespread involvement in the naturopathic profession will make his input on the NABNE Board particularly valuable.

Dr. Smith fills the position left vacant when Sherry Ure, ND, from British Columbia, resigned after many years of outstanding service to NABNE.

Our Favorite Herbs to Stay Healthy
Comments are closed.