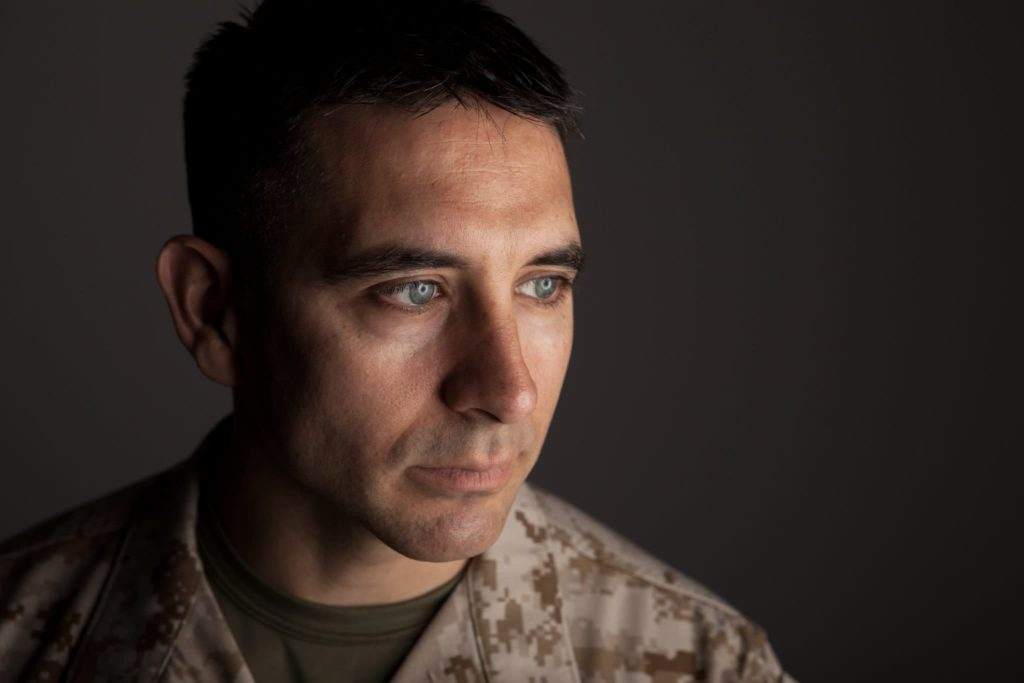 Erin Brinker: And we are On the Brink, the morning show on KCAA AM 1050, FM 106.5 and FM 102.3. I’m so pleased to welcome back to the show Dr. JoAnn Yanez. She is the Executive Director for the Association of Accredited Naturopathic Medical Colleges and the past chair of the Academic Collaborative for Integrative Health. She also serves on the Integrative Health Policy Consortium Education Committee. Weaving a passion for illness prevention into her professional life, Dr. Yanez’s career has spanned advocacy, academia, patient care and public health. As AANMC’s Executive Director, Dr. Yanez oversees research, advocacy efforts and the joint academic endeavors of the Accredited Colleges of Naturopathic Medicine. Additionally, she helps spread awareness of naturopathic medicine as a viable and satisfying career path. Dr. Yanez, welcome back to the show.

Dr. JoAnn Yanez: Good morning. Hi. How are you?

Erin Brinker: I’m good. Are you surviving this heat?

Dr. JoAnn Yanez: In the pool.

Erin Brinker: Yeah, because that’s really the only place where you can be comfortable.

Dr. JoAnn Yanez: It is, it is. California problems. I can’t complain too much.

Erin Brinker: So, one of the challenges that we’ve been talking about, the 9/11 responders and some of these diseases of despair that we’re seeing, so, depression and suicide and drug addiction and alcoholism. For many people, PTSD is the driver. So, some sort of trauma is the driver behind this. From a naturopathic standpoint, how do you treat PTSD?

Dr. JoAnn Yanez: It is so complex and comprehensive, Erin. It’s estimated that about 70% of adults in the U.S. have experienced some sort of traumatic event at least once in their lives, which… Just swallow that for a moment. 70% of adults.

Dr. JoAnn Yanez: Yes, and when you look at the military, PTSD is a huge issue. And one, actually, that unequally impacts, women over men. 17% of the combat troops are women. However, 71% of female military personnel develop PTSD, commonly including because of the sexual assault as well as combat. And so, when you look at those numbers overall, it’s a military issue, it’s a civilian issue. And from the naturopathic approach, like we’ve talked about before, we take a whole-person approach. And oftentimes these traumatic events… Sometimes people will register that something as traumatic and sometimes they won’t even necessarily have processed fully, the event until much later.

Many, many times I’ve heard from people while we’re getting a history and we’re developing a relationship in that process of the naturopathic interview, which is extremely comprehensive, we will hear that folks may not have fully put the pieces together on a traumatic event. “Oh, man. You know, I had this teacher in college 30 years ago who was touching my thigh inappropriately. And ever since I’ve felt X,” and they may not have fully, in the moment, realized what was happening, but later on it starts to come to them. So, there’s no statute of limitations on trauma.

Dr. JoAnn Yanez: And so, I think that what happens is… And that event, in and of itself, can become traumatizing and re-living things and thinking about it and processing it and what could I have done differently or what do I do about this? And so, with the ND approach, we take a very whole-person approach. We look to address the root cause.

I remember a patient I had had many years ago. She had chronic insomnia, she was in her 60s and had tried everything. Acupuncture, medication, counselors. You name it. And we did an approach, kind of modified cognitive behavioral therapy, that addressed the root of the issue, which for her, involved her parents… Her dad was in a cult and she had to not only watch things, but she would also stay hyper-alert at night to make sure her younger sister didn’t get taken. And so-

Dr. JoAnn Yanez: Awful. Absolutely awful. And she had been to counselors and she’d worked through things, but the cognitive behavioral therapy helps people reframe and take the emotion and the fear out of the actual event. And she followed up the following week and shared that she had slept for the first time through the night. And this is a woman in her 60s who experienced this in childhood. And so, some of the mind-body approaches can be very helpful.

The other thing about PTSD, like you were alluding to earlier, is that the symptoms can manifest in a lot of different ways. There can be cardiac symptoms like heart palpitations. There can be anxiety and depression. Folks may self-medicate with pharmaceuticals or prescription-

At the end of the day we really look to the whole-person approach and care. So, there may be supplementation and maybe addressing some of the other things that are manifesting while we’re getting to the root cause of the post-traumatic stress and working on some of the issues that way.

Erin Brinker: So, one of the challenges in low-income communities, communities of poverty, is that there very often are traumatic events, one on top of the other. You have incarceration, you have people who frequently have to move around because they have unstable housing. There may have been homelessness, there may have been addiction. And so, the kids who grow up in that environment-

Erin Brinker: Oh yeah, food instability, lack of healthcare. Very often, unstable family situations. There may be parental figures that move in and out of the child’s life or not there at all. There could be kids going into foster care. And so, how is a child who grows up in that environment? That’s got to impact them forever. And how do you overcome that from a naturopathic standpoint?

Dr. JoAnn Yanez: Again, it is so complex and it’s so individual. There are people… Some of this, and I hate to… Nobody is at fault here. I don’t want for one minute for any of this to be construed that, you know, a child who’s being bounced in and out of foster care or someone who has been placed in circumstances that they have no control over is at any way at fault. There is a resiliency. And I had a mentor years ago. There are a lot of euphemisms in this, but when you lose, “don’t lose the lesson” or when you fall, “it’s not about the fall, it’s about the get-up.” And so, the resiliency piece and fostering a spirit of resiliency is not… We’ve talked about positivity before, and not that any of those types of things are positive, but folks who are able to find their personal happiness and who are able to create some sort of a positive out of the situation are more resilient and less able to see the negative impact.

Resiliency has been studied quite a bit, and the types of personalities and traits that foster resiliency. And in and of itself, if a person is coming to see a naturopathic doctor for conditions like this, they’re obviously exhibiting that they want help.

Dr. JoAnn Yanez: Or any other practitioner for that matter. They’re saying that they want help. So, the first step is acknowledgement. The first step is saying, “Something not so great happened and I want to get help for this. I’m worth the help. I want to get better.” And so, that is the first step, is just identifying it and recognizing the need for care and committing to that. So, with naturopathic medicine, we will focus on mind-body medicine, there may be botanical medicine. Other types of therapies like acupuncture have been used.

I remember seeing a patient. You want to talk multiple traumas? He was a military vet who fell on homelessness, he got involved in some illegal activities, he was incarcerated. During his incarceration, he contracted hepatitis and HIV.

Dr. JoAnn Yanez: And so, he was homeless and he was surviving. And when he first came in, there was a huge bravado about him. He was talking about all the people he’d killed and how tough he was. And he was homeless, dirty. I laid him down. I said, “This is a safe place for you.” I was, honestly, a little scared myself.

Dr. JoAnn Yanez: I kept the door open, just a crack. But I sat with him and I listened and I did some acupuncture and I left. And came back to check on him, took the needles out. Didn’t see him again. And I figured, with his housing situation, maybe he’s moved or not able to get to the clinic or what have you. And I really didn’t give it too much more thought.

And then a few months later, my front desk person says, “Hey, Dr. Yanez, there’s somebody here to see you. They don’t have an appointment.” And I said, “Hold on a minute. I’m running in between, checking on patients.” And so, I went to the front and I didn’t recognize anybody in the waiting room.

And my front desk person said, “No, no, no. Come over here. This gentleman wants to talk to you.” And it turns out this was the homeless man. He was clean-shaven, he got into a halfway house and he had started counseling boys at risk and he wanted to come back and tell me thank you.

Dr. JoAnn Yanez: And so, it’s the type of thing that you never know. Sometimes you could see a patient for years and not get that kind of reaction or maybe all somebody needed was someone caring and showing that they cared. Very often in these types of situations when you’re dealing with homelessness or abuse, people feel un-cared for. They don’t feel safe. Creating a safe space is a very important.

I’ve learned a lot of different guided imagery/hypnosis therapies over the year. And one of the first things that I used to do with folks was to create a mental image of a safe place. Because as you’re going to ask them to go to those places that were not safe, you want to give them a tool to be able to feel safe when they start to feel scared.

Erin Brinker: Wow. Wow. So, we are just about out of time. How do people find and follow you and learn more about the AANMC?

Dr. JoAnn Yanez: Oh boy, we’re all over the interwebs! You can find AANMC all over social media. Just Google AANMC and we will pop up. We have a webinar next week led by a veteran, Dr. Radley Ramdhan, who’s going to be talking about his work with PTSD and veterans, and his own journey with PTSD. And so, he’s a naturopathic doctor. He’s a recent grad and wonderful guy, and is going to be leading our webinar next week on PTSD.

Erin Brinker: Well, Dr. Yanez, Dr. JoAnn Yanez, it’s always a treat to have you on the show. Thank you so much for joining us today. For those of you all who are interested in being a naturopathic doctor, maybe you’re kind of thinking, “Huh, that might be interesting,” you can go to aanmc.org for the Association of Accredited Naturopathic Medical Colleges to get more information. Dr. Yanez, thank you so much for joining us.

Dr. JoAnn Yanez: Thank you for having me. Have a great day.

Erin Brinker: Thank you. You too. All right, so with that, it’s time for a break. I’m Erin Brinker.

Erin Brinker: And we are On the Brink, the morning show on KCAA. We will be right back.

PTSD and the Six Principles of Naturopathic Medicine
Comments are closed.