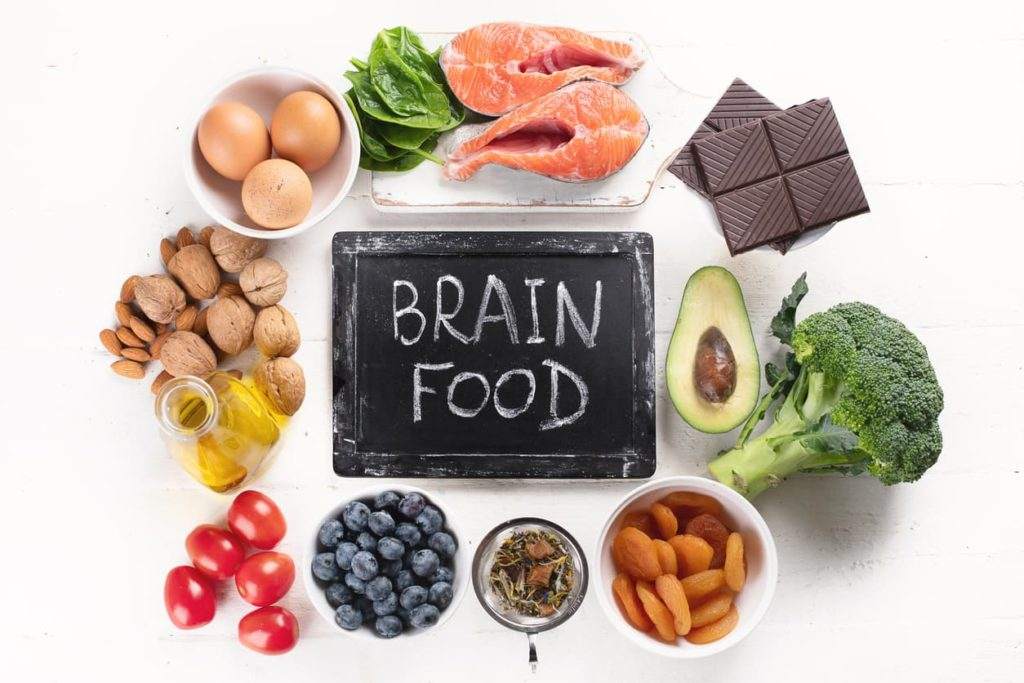 When asked, many people would jump at the opportunity for a better memory in their older years. “Cognitive impairment” is common and can involve memory loss, trouble learning new things, difficulty concentrating, and challenges with decision-making. Patient presentation can range from very mild to more severe dementia-type symptoms and long-term, severe cases can result in loss of independence.

More than 16 million Americans are cognitively impaired, and that number is estimated to increase significantly as the Baby Boomer generation ages past 65.1 In addition to age, other risk factors for cognitive impairment include genetics, diabetes, high blood pressure, obesity, and lifestyle factors like smoking, lack of exercise, and limited socially activity.

What if there was something that could be done to help preserve and protect brain function? What if that something was at the end of your fork?

Most of us know the impact that overindulging on fast food, packaged foods, and refined sugar can have on our body, but are less aware of things we should eat. That is where The Naturopathic Kitchen resources are useful, to offer education on the health benefits of culinary herbs and foods. When it comes to brain health and preserving important brain functions like memory, cognition, and concentration, the food we eat can play a big role in supporting both short and long-term brain function. The brain requires a lot of energy to function optimally, using around 20% of the calories we eat each day to operate.2 The choices we make in the foods we consume each day can have a big impact on both the structure and health of our brains.

Some of the top plant-based foods to include in a brain-boosting diet include:

Nuts are low in saturated fats but contain higher levels of both monounsaturated and polyunsaturated fats. Research has demonstrated that higher consumption of nuts is associated with better aging brain function.3 Nuts and seeds are also rich sources of antioxidant powerhouses like vitamin E (found in higher amounts in sunflower seeds, almonds, and hazelnuts). Studies have validated the significant role of vitamin E in protecting the central nervous system as well as cognitive performance in terms of learning, memory and emotional response.4

Nuts and seeds are also important sources of minerals like selenium (especially high in Brazil nuts), zinc (found in pumpkin seeds), and many others. Selenium is linked to motor performance, coordination, memory and cognition.5

Strawberries, blueberries, raspberries, and blackberries are high in antioxidants. Additionally, berries contain high levels of flavonoids called anthocyanidins (the compounds responsible for the dark blues, purples, and reds associated with various fruits), that cross the blood-brain barrier where they concentrate in areas of learning and memory.6 Blueberries have demonstrated an ability to improve measures of memory such as word recall after just 12 weeks of consumption.7

Most people will likely be able to tell you that green vegetables are good for you, but fewer may be able to explain why they are great for the brain! Greens such as kale, chard, spinach, bok choy, and broccoli are rich in vitamins and nutrients, many of which have demonstrated remarkable influence on brain structure and function. Green vegetables are a good source of vitamin K. While vitamin K may be most well-known for its role in blood coagulation, research has shown it also has an emerging role in brain health. Vitamin K is involved in the production of a specific type of fat-based molecule called a sphingolipid that is part of the cell membrane of all nerve cells in the brain.8 Other protein-based biomolecules that depend on vitamin K are also being discovered. These molecules play a number of roles in cellular communication as well as in the growth and survival of nerve cells and the specialized glial cells that are responsible for surrounding neurons and providing support for and insulation between them.9 New data also points to K vitamer menaquinone-4 (MK-4) as a defense for oxidative stress and inflammation.10

Believe it or not, chocolate contains many compounds that are important to biological activity. Dark chocolate is a particularly rich source of antioxidants. The brain is highly susceptible to oxidative stress, which increases during aging and is considered a major contributor to the degenerative breakdown of nerve cells. Adequate antioxidant support is vital to preserving brain health and function.11 Dark chocolate is a particularly rich source of antioxidants and may be uniquely helpful here as well. Research shows that consuming dark chocolate made up of at least 70% cacao may improve brain plasticity, which is crucial for learning, and may also provide other brain-related benefits. Further research suggests that the flavonoids contained in chocolate may encourage neuron and blood vessel growth in areas of the brain involved in memory and learning as well as stimulate blood flow in the brain.

Let’s try out a brain-healthy recipe!

For more tasty recipes and to learn more about the health benefits of natural foods, visit The Naturopathic Kitchen!

Add oats, dates and walnuts to a food processor and blend until contents are broken down into smaller pieces. Pulse in cranberries or cherries, pumpkin seeds, flaxseeds and salt.

Add almond or cashew butter, honey and orange zest, and blend until the mixture is completely moist and sticks together when pressed between your fingers. If the mixture is too crumbly, blend in some additional honey. Pulse in chocolate chips.

Divide the mixture among 12 lightly greased or paper-lined standard-size muffin cups, and press down firmly to pack in the contents. Place tray in the freezer for about 30 minutes to firm molds. Unmold the cups and store them in the refrigerator in an airtight container.

Thank you to Bastyr University for this delicious recipe!

Want to Become an ND? Here’s What You Need to Know
Comments are closed.